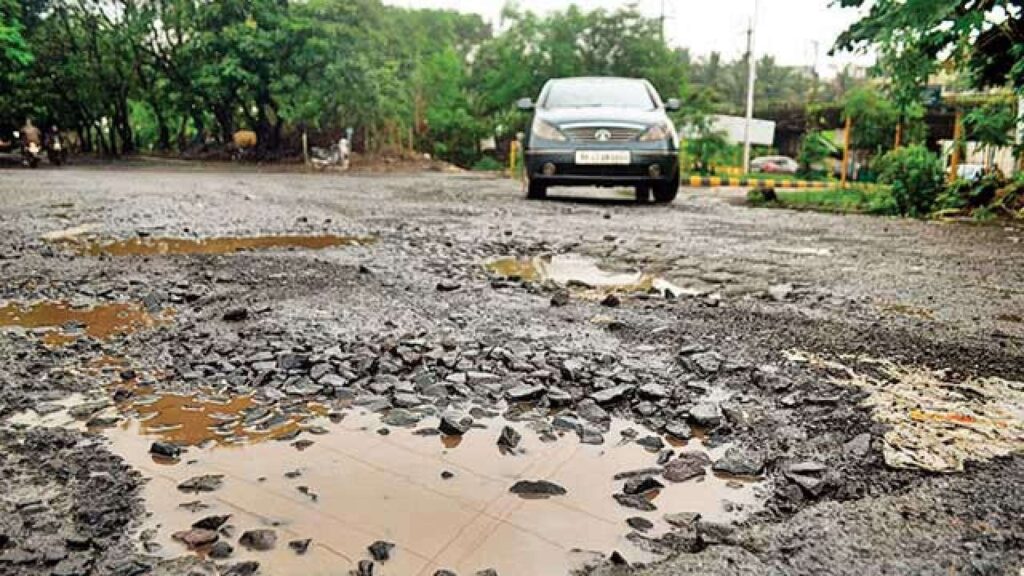 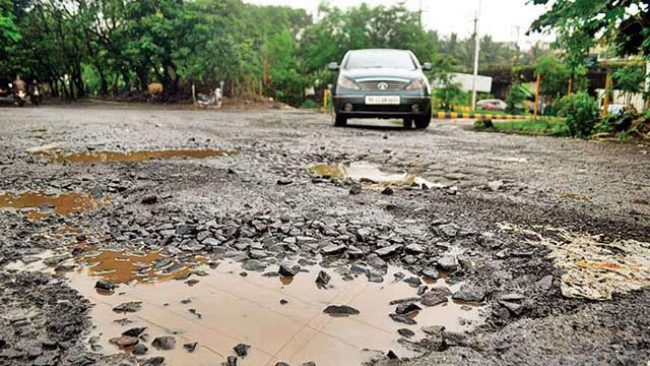 Goemkarponn desk
VASCO: PWD Minister Nilesh Cabral says Revenue Minister Babush Monseratte’s demand for vigilance enquiry on potholes on the road is justified.
He added that he had already begun an enquiry into potholes before Monseratte.
Cabral assured to create of a mechanism to streamline the PWD works and to see that no public money is wasted by digging the roads.
The road contractor will be asked to redo the roads with the potholes.
The roads from various parts of Goa, especially from Vasco town, are getting washed off, and in several places, there are many potholes. Commuters are facing great inconvenience due to the pathetic condition of the roads.
PWD Minister Nilesh Cabral told reporters at the Dabolim airport that he had taken note of the bad condition of the roads prior to the Labour Minister Atanasio (Babush) Monserrate taking up this issue.
Cabral said that he cannot solely blame contractors for the bad condition of the road, wherein in some cases, only one tar carpet has come, and the second coating which was supposed to come could not be done due to the heavy rainfall.
He assured that he would find a mechanism to streamline the PWD works and said that the road contractors would be asked to redo the tarrying of roads soon.
Cabral also agreed that there are several aspects to the bad road conditions. Sometimes it is a poor work quality, technical issues and sometimes there are pipelines and cables which are underground passed through the road so to clear any problem the road digging is done.
“I will make sure that such roads are restored,” he said.
Commenting on the blockage in the sewerage lines, the Minister said that new machinery has been identified, which will be used to clear the blockages from the Sewerage line.
He urged people not to throw anything inside the toilets, which might block the line and cause inconvenience to many.