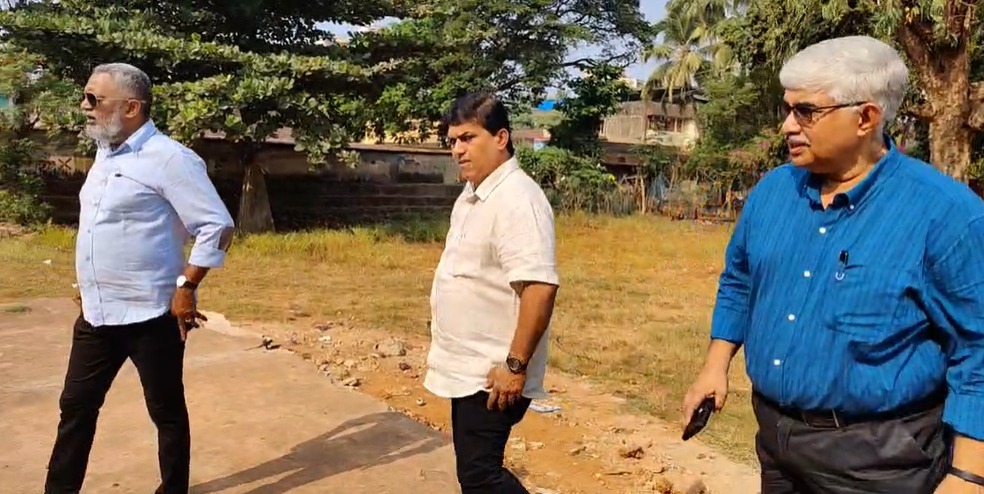 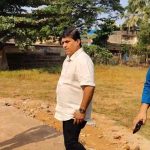 BAINA: The Baina garden which was in a dilapidated condition for the last several years will now finally be developed under GSIDC.

“The GSIDC Vice Chairman Deepak Naik who is also the ward councillor had tried to develop this garden through another agency but it did not work out. However Deepak Naik is now the vice chairman of GSIDC and it is an advantage for Vascokars and i proposed that the garden can be developed through GSIDC to which he has agreed to get the project . We will have sports facilities,open gym and other amenities here to make the garden a relaxing space for the residents of Baina.” said Salkar

“We have got a consultant here and we are stressing to have sports facilities for the children to encourage them in going out and participating in physical games instead of being on the phone . We are also trying to have a hall above the shops in the periphery that will generate revenue for the upkeep of the developed garden . We will also have a stage that will allow the yearly Ganesh chaturthi celebrations and also be utilsed for other social and cultural events in the other time of the year “said Salkar

GSIDC Vice Chairman and ward councillor Deepak Naik said that despite having the point of developing the Baina garden in his election manifesto for the last two elections, he had failed to do so due to some technical issues.

” We are thankful to our MLA Krishna Salkar who sent a letter to the MMC to develop the Baina Garden through GSIDC and we later took a resolution in the council meeting in this regards. I later took up the proposal with the GSIDC and we also appointed a consultant who has now inspected the area with us. The Baina Garden jas a lot of attachment with the Baina residents and I tried to develop this through a private agency who ditched us at the last moment . While the MLA Salkar said that he will develop this garden on priority,it was a coincidence that I became the vice chairman of GSIDC and we got an opportunity to finally develop this garden . ” Said Naik

” My vision for this garden is to use it for all age groups with play items for kids, sports arena for children including a Futsal ground , open gym for youth and sit outs for elders” said Naik
MMC Chairperson Leo Rodrigues said that as a resident of Baina, he had a lot of attachment to the park and the interest to develop it into a full fledged facility with all amenities