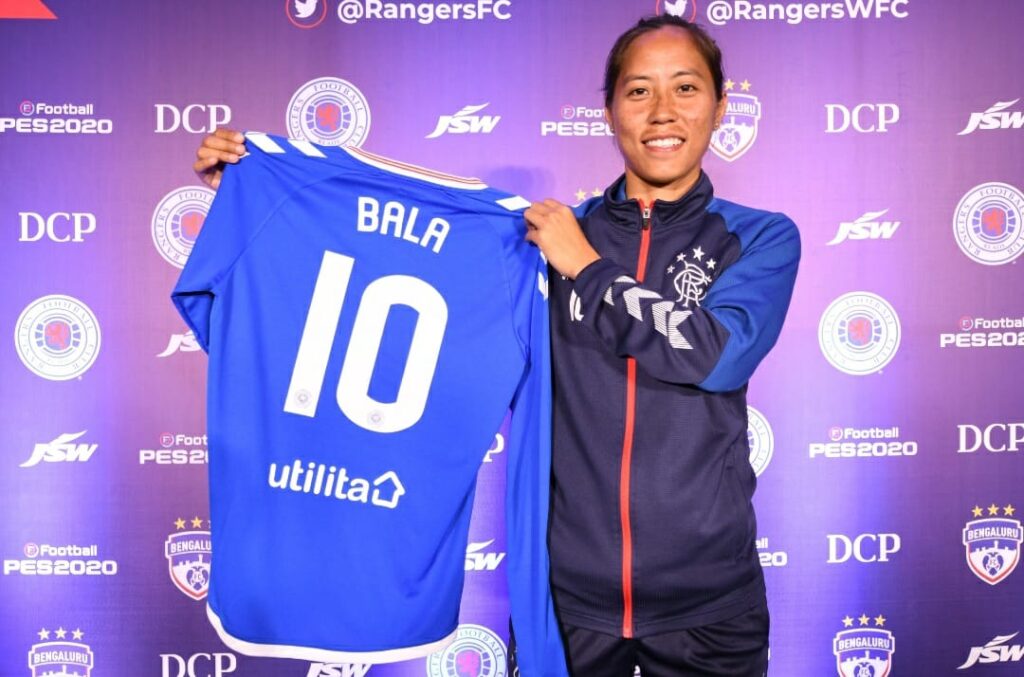 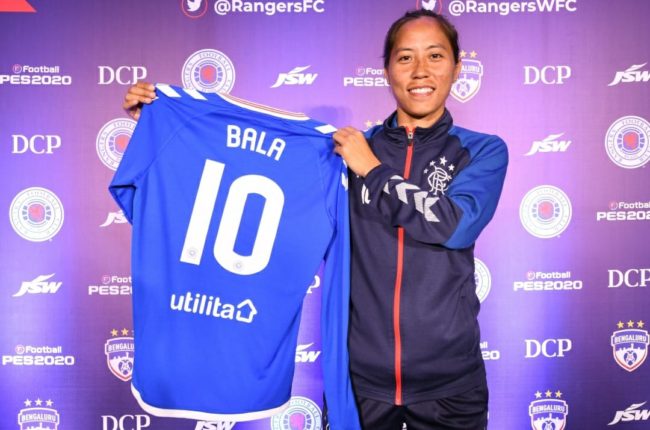 Goa, 25 Nov: All roads in Indian football currently lead to one match — the Hero Indian Super League’s first-ever Kolkata Derby that will kick off on Friday. This is perhaps the most important Kolkata derby in a while. The biggest match in Indian football has made it on to its biggest platform.

While the excitement is in the air, far away in Scotland, Indian women footballer Ngangom Bala Devi is envisioning a special future – a dream to see ATK Mohun Bagan and SC East Bengal show a similar passion for having a women’s derby one day soon.

Bala Devi, who recently featured in the ‘Old Firm Derby’ – one of the oldest football rivalries in the world between Rangers FC and Celtic FC, believes that there is no reason why the two clubs cannot have a women’s team and develop another hi-stake derby in India.

The first Indian woman to sign a professional football contract overseas with Rangers FC, Bala Devi has been slowly making headway into the competitive world of women’s football. She is still getting used to the stardom that comes with playing for a club, that’s as celebrated as Rangers. “People now recognise me in the supermarkets when I go out,” she says. “They’re always wishing me good luck for my next match. There’s even a picture of me at the Ibrox Stadium. People have immense respect for football here, I see them standing for 45 minutes straight during each half. That shows you how much they love the teams and motivate the players.”

And while she’s accelerating her development as a footballer in Scotland, she’s also picking up valuable lessons that Indian football can learn from. Bala Devi’s entry into Scottish football comes at a time when the women’s league in Scotland has been undergoing a drastic overhaul. In 2018, all the stakeholders of the women’s game in the country agreed that they needed to take a step forward. As a result, new teams were formed. Rangers tripled their investment in the women’s game while Celtic women announced their decision to turn fully professional.

In a brief period, the Scottish Women’s Premier League has developed rapidly that BBC Scotland started broadcasting select matches from this year.

Bala Devi believes there is no reason why the same cannot be done in India. “Manipur produces a lot of players because there are a lot of matches there, across all age groups,” she says. “But in other states, such matches don’t happen. So, if we had a system where girls can get matches throughout the year, then more and more players will come up. For this, all the clubs should maintain women’s teams. Players can’t train by themselves, they need the necessary infrastructure to do so.”

Bala Devi is no stranger to the scale of the Kolkata derby. She recalls how she was able to watch a couple of derbies when she was a trainee at the Kolkata Sports Authority of India in 2005-06. She even made it a point to watch the last Kolkata derby in January at the Salt Lake Stadium, just before she left for Glasgow.

“The big two Kolkata clubs can easily create women’s teams — the players there are blessed with natural talent,” she says.

“When I started playing junior football in 2002, we used to keep playing finals against the Bengal team. The girls from Bengal were really skillful and back in those days, there were many players from the state in the national team. But now, there’s just the one or two players. I think if Mohun Bagan and East Bengal do what Celtic and Rangers are doing and form women’s teams, then it will be really beneficial not just for Bengal, but for India as well.”

“Rangers and Celtic did this in just less than a year to build their women’s teams. Our two Kolkata clubs can do the same in the same time frame from today.”

Come Friday, Bala Devi will be following the Kolkata derby as keenly as anyone. She will also be hoping that the day is not far when she gets to start in one on own soil.