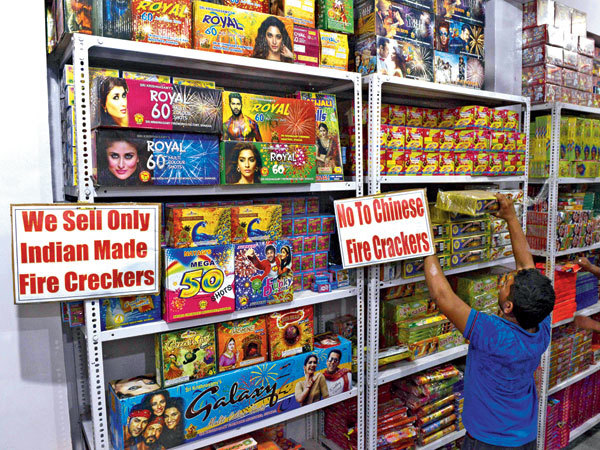 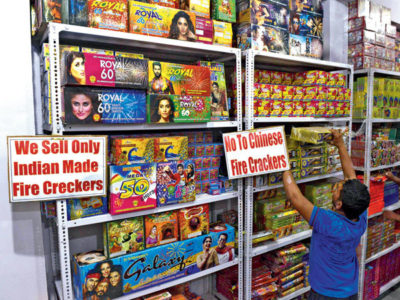 The HJS further says in the memorandum that, the pictures of national heroes and Deities are printed on the covers of some crackers and when these crackers are burnt the torn pictures get strewn all over.

They are trodden by the passer by’s, they lie in gutters, garbage etc. Such a denigration of National Heroes and Deities hurt the religious sentiments of Hindus. This is also an attack on our identity. The Government should stop the sale of such crackers.

There is tension on the Indo-China border for the past many months due to China’s malified policies. China has inflitrated into Indian territory and attacked our Indian soldiers. In this context, the Indian Government has begun imposing financial and trade restrictions on China. India imposed a ban on China apps some months ago.

The Chinese crackers contain a mixture of the chemicals namely Potassium Chloride and Potassium per-chloride used in their production; but there is a ban on the use of these chemicals in India.

The ban on Chinese fireworks should be continued this year too and the Indian Government should create public awareness regarding the same.

Strict policies should be adopted to check that Chinese fireworks don’t enter the Indian markets and get sold illegally. Likewise, stringent action should be taken against traders selling the same illegally.