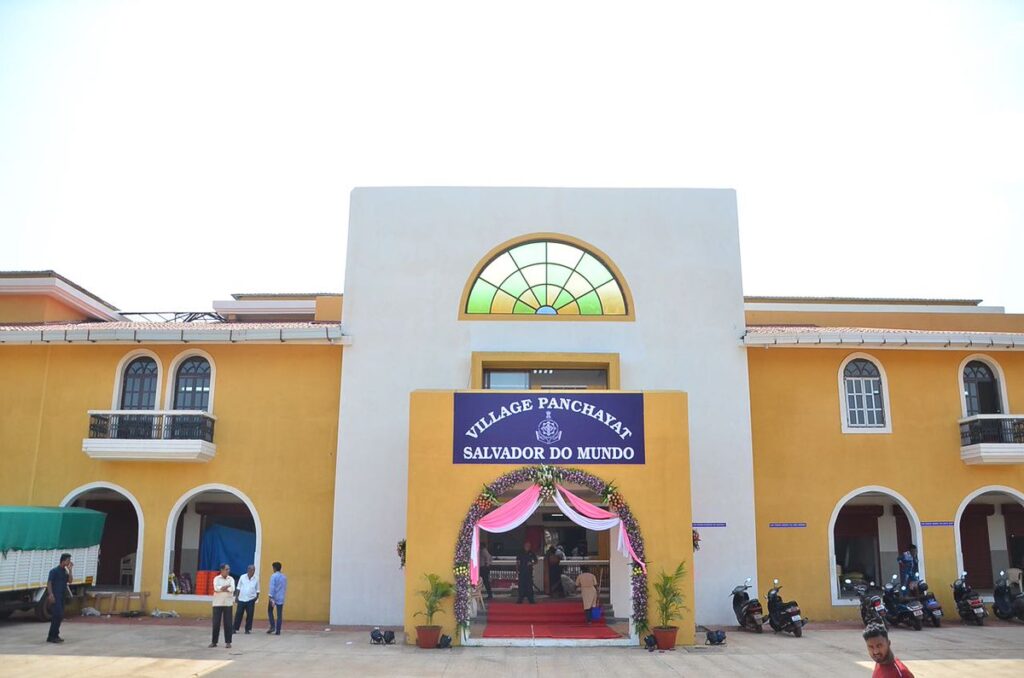 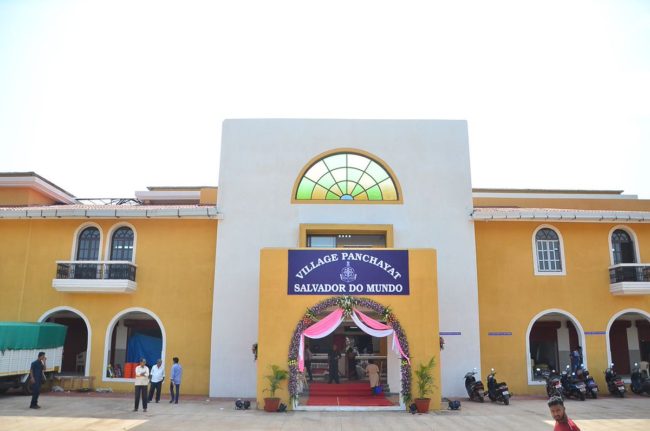 Panaji: The members of Salvador do Mundo panchayat has condemned the “politically motivated” candle light march held by BJP-Congress combine in the state while expressing sympathies towards the families of late Vilas Methar, who was murdered at Torda.

Salvador do Mundo Sarpanch Sandeep Salgaonkar said that the candle light rally held at Porvorim was “not to sympathise with Methar’s family” but to “earn political brownie points out of it.” He said that it is shameful and condemnable that BJP-Congress combine were trying to get political mileage out of a murder.

“I would have really appreciated if the candle light rally was silent and peaceful. But it was more of a political public rally with some people diverting the topic to rope in our panchayat, panch members and even local MLA Rohan Khaunte in the issue,” said Salgaonkar, who was accompanied by Deputy Sarpanch Reena Fernandes, Former Sarpanch Vijai Chodankar, Panch Vijai Dalvi, Hemant Borkar, Roshni Savaikar and Suvarnalata Parsekar.

He said that the demand for justice to Methar is belated as police have already arrested the accused, and it is for the Court to punish them, when they are found guilty of the crime.

Salgaonkar said that the panchayat has cooperated completely with the police in their investigation. “We are capable to answer all the fake allegations that are leveled against us, but we believe that deaths should not be used to meet political ends,” he said.

The Sarpanch pointed to the presence of one Melchier Joseph Pinto de Rosario in the candle light march, who was on forefront to give political speeches and pretending to be RTI activist.

“We would like to recall that a year back, a woman was raped and murdered at the project site of Melchier, but that time, he never demanded justice, nor held candle light protests or even uttered word about the incident,” he said.

“This clearly indicates that Melchier was afraid that his construction site would be sealed or investors would withdraw from the project, if he had to speak about it. I want to question him why was he not at the police station when murder and rape happened at his site?,” he said.

“If we desired, we could have played politics over the incident, a year back, but we don’t believe in such cheap gimmicks,” he said.

Deputy Sarpanch Reena Fernandes termed those so-called activist as “mushrooms” who spring only during the “rains.” Zilla Panchayat is a rainy season for them, she said. Fernandes recalled how local MLA Rohan Khaunte and Panchayat members were on the field helping police to give all the cooperation including sourcing of CCTV camera footage on the day of incident. “Our MLA even met SP North urging him to book the culprits,” he said.

When BJP woman leader Kunda Chodankar wanted to play politics, we had presented before the public how Panchayat has played active role in helping the investigators. “It is sad that politics is played over dead body. Such kind of protests will increase as we reach the election phase,” she said.

Panch member Vijai Chodankar said that the entire people and the panchayat is with Methar family. He recalled that Methar had exposed illegal construction of Melchier after which local panchayat had given demolition order. But Melchier managed to get a stay over the order. Methar would have been alive, ig the stay was not granted, he said.

Another Panch member Vijai Dalvi said that Melchier was involved in illegal construction of culvert, which was stopped by the people. He accused Melchier of being involved in largescale illegalities in the area, at the cost of the environment.