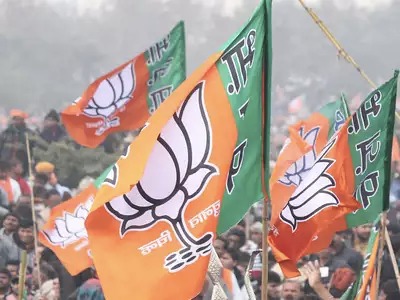 CANACONA: Vishal Dessai has been appointed as the new Canacona BJP Mandal President replacing Nandip Bhagat.
In a calculated move and to bring discipline in the party cadre, BJP placed Vishal Dessai as BJP Mandal head.
It may be recalled that Canacona BJP Mandal President Nandip Bhagat, along with BJYM President Satish Gosavi, refused to accept the candidature of Ramesh Tawadkar, which, according to them is forced on the people against the wishes of Canconcars.
Several leaders, including party higher-ups and Goa election observers efforts, failed to convince Bhagat and Gosavi, who stuck to their demand to replace Tawadkar or asked the party for a public apology from Tawadkar on two counts, first to publicly apologize Tawadkar’s reported derogatory statement against Late Chief Minister Manohar Parrikar that ‘Parrikar died due to his curse’, and also apologize for contesting 2017 assembly elections against the party’s official candidate Vijay Poi Khot and taking credit for defeating party candidate.
While giving an appointment to Vishal Dessai, BJP state Secretary Sarvanand Bhagat informed, ‘our party gives respect and treats a party functionary more than an MLA and or minister and expect discipline in the party.
“Including, the Central leaders, observers and election in charges from other have put time and again their requests to Bhagat to work for the success of BJP candidate, but no avail. We have no choice but to replace Canacona Mandal president with Vishal Dessai, who has the experience and expertise to lead the campaign locally to win the party given candidate,” he said.