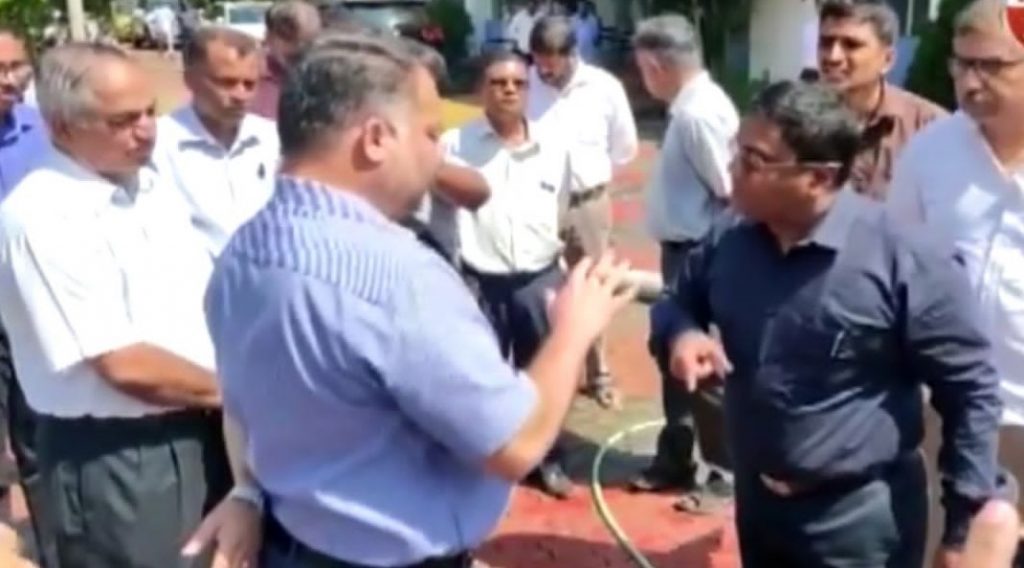 Goemkarponn desk
PANAJI: Environment Minister Nilesh Cabral and Benaulim MLA Venzy Viegas were involved in a heated verbal argument over the faulty operation of the sewerage treatment plant in the constituency.
Cabral was on-site inspecting the plant after MLA complained that the plant discharged the treated waste into the river. He also alleged that the plant is faulty and non-operational.
He charged that the river is polluted due to discharge.
Cabral refuted the charges and said that the company, which is running the plant, has ensured that there is no fault.
Both had heated arguments in front of locals, engineers, and other government officials.
After inspecting the plants, the MLA said while the computer is showing excellent performance of the STPs, the ground reality showed otherwise.
For want of maintenance, he pointed out that raw sewage from one of the STP was flowing into river Sal polluting the environment.
The Central Ministry should take stock of how the State Environment Minister has allowed the discharge of raw sewage when he ought to have sanctioned the repair and maintenance of the STP system,” Venzy said.