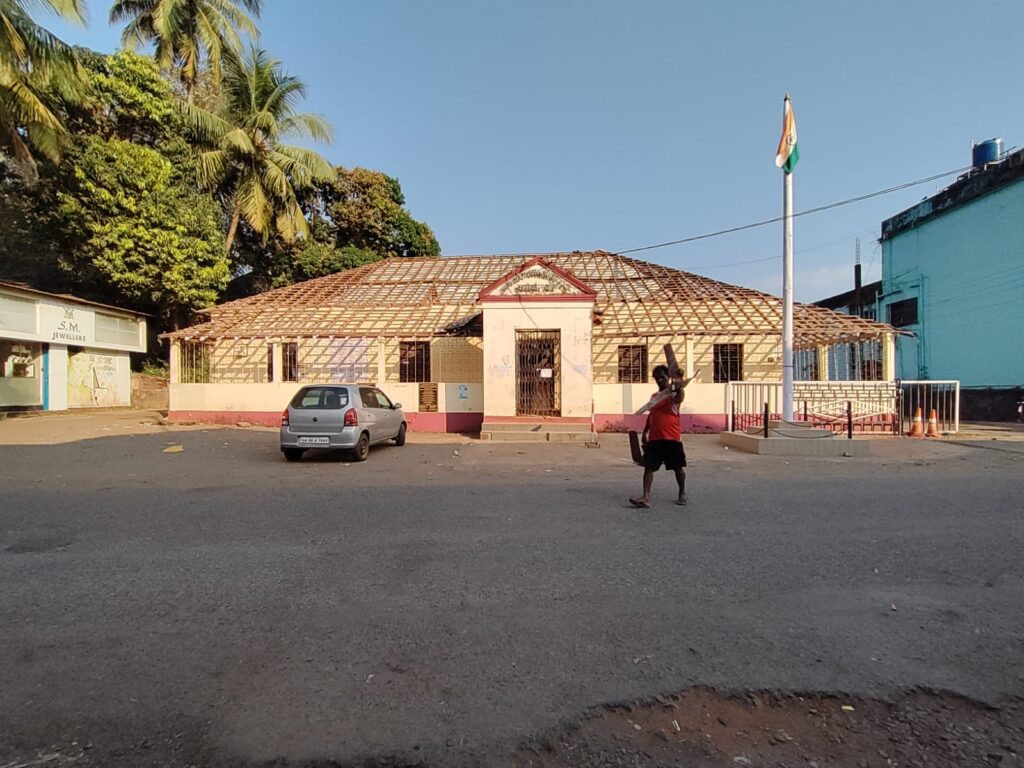 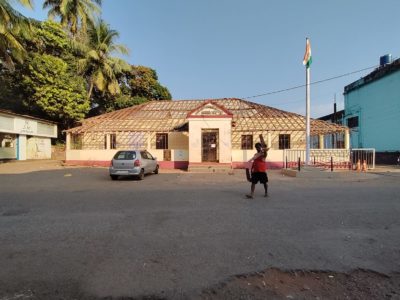 CANACONA – Often tagged as the heritage building of Canacona, the Portuguese-era building housing Canacona Municipality has been finally taken up for demolition to make way for a two-storey modern administrative cum commercial, the municipal building at Chaudi.
After removing the roof and dismantling electrical appliances and gadgets, workers were also seen shifting the old records and registers, besides electric gadgets such as Fans and Tubelights, to the adjoining IDMST building.
‘As the removal of roof-portions including wooden planks is on the way, it’s hardly a matter of time that the building walls will be razed down to level the grounds’, informed a source present at the site.
This structure is known as the Portuguese era building, believed to be one of the first public utility buildings Canacona had once, which housed the various government offices, including Canacona Mamlatdar and a few others.
When the plans were afoot to replace this building, some heritage lovers objected to its demolition, even suggesting an adjacent place for housing new buildings with demands to keep the heritage value building posterity but soon the objection faded away for some unknown reason, and the process to construct a new municipal building at the same place was resumed.
A taluka Library and office of Land Survey and Records functioning from the same building were shifted elsewhere, while municipal administration is being run from an ex-Dr Dhillon Hospital near Char-rasta. However, a Pressroom of Canacona Patrakar Sangh had to be closed, while CMC has agreed to provide an alternate space for Canacona journalists to function.