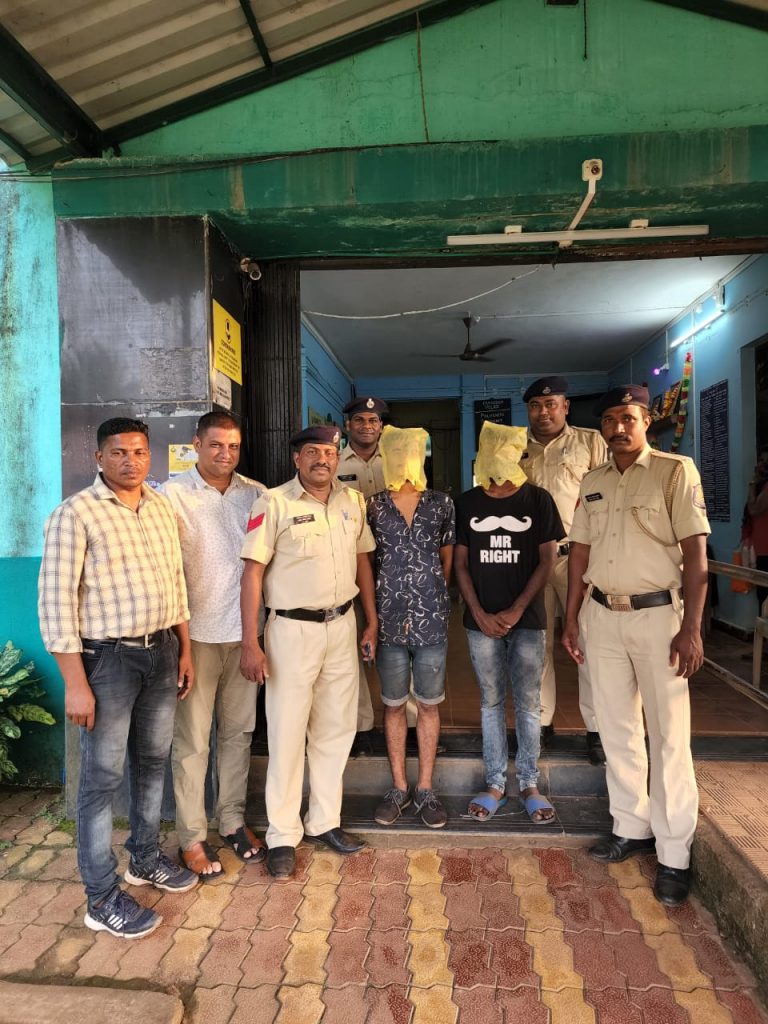 Goemkapronn desk
CANACONA: Two Karnataka natives were arrested along with the stolen scooter at Polem in Canacona.
According to Canacona PI Chandrakant Gawas, based on a complaint of one Tukaram Tari, resident of Karwar(Karnataka), two 24-year-old youths from Karnataka were rounded up from Milan Bar, near Polem checkpost on Monday and later recovered from them an Aviator Scooter, which was stolen from Polem two days ago (05/12/2022).
The youths who were later arrested are Manikanath Borkar, 24, resident of Mundgod, Uttar Kannada, Karnataka and Sanjay Kumar B R, 24, Tumkuru, Karnataka.
Both the theft accused are presently cooling their heels behind bars at Canacona police station; police are investigating the thefts further verifying the involvement of the duo in any more thefts in Goa., informed the police source.