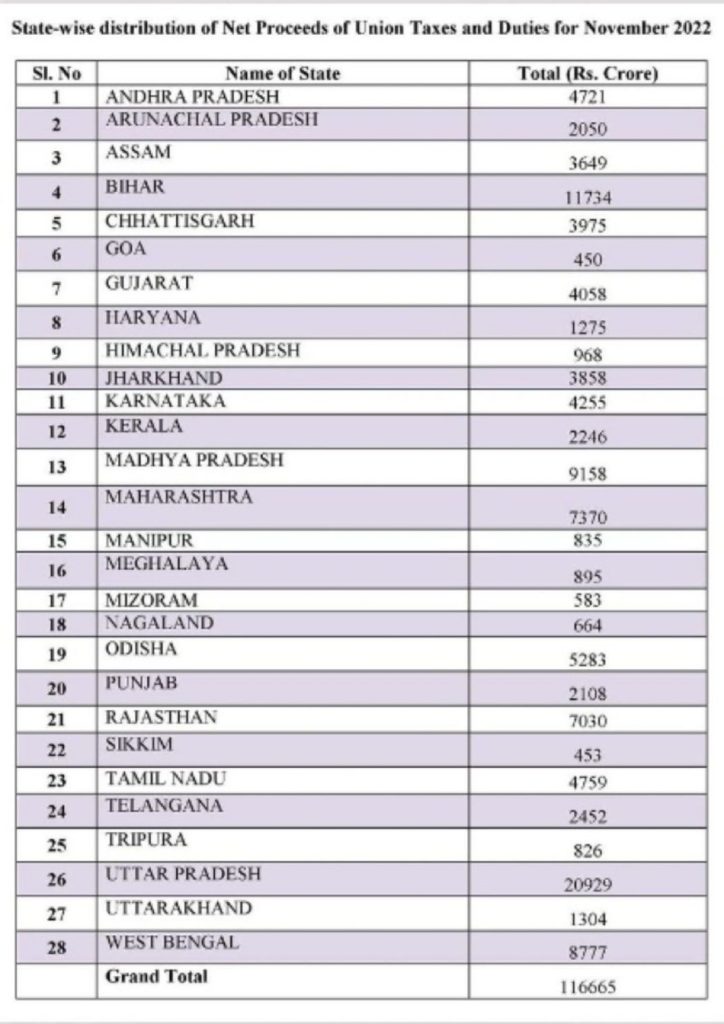 Goemkarponn desk
PANAJI: The Centre has released two instalments of tax devolution to State Governments amounting to ₹.1,16,665 crore, wherein Goa has received ₹.450 Crore.
Chief Minister Pramod Sawant thanked Prime Minister Narendra Modi and Union Finance Minister Nirmala Sitharaman for releasing the additional instalment of tax devolution.
“The additional resources shall enhance Govt. Of Goa’s development works in multiple sectors for the betterment of State,” said CM Sawant.
Two instalments of tax devolution to states totalling over ₹ 1.16 lakh crore to help accelerate their capital expenditure.
“The Union Government has released two instalments of tax devolution to State Governments amounting to ₹ 1,16,665 crore today, as against normal monthly devolution of ₹ 58,333 crores,” the finance ministry said in a statement.
This would help strengthen the hands of states to accelerate their capital and developmental expenditure, it added.
Currently, 41 per cent of taxes collected by the Centre is devolved in 14 instalments among states in a fiscal year.
The state governments have slowed down their capital expenditure in the first six months of the current fiscal to accommodate higher revenue spending even as they continue to curb borrowings.
The combined capex of nineteen states whose finances were reviewed by FE was up just 2% on year at Rs 1.67 trillion in April-September of the current fiscal. The growth was 80% in the year-ago period, albeit on a favourable base.