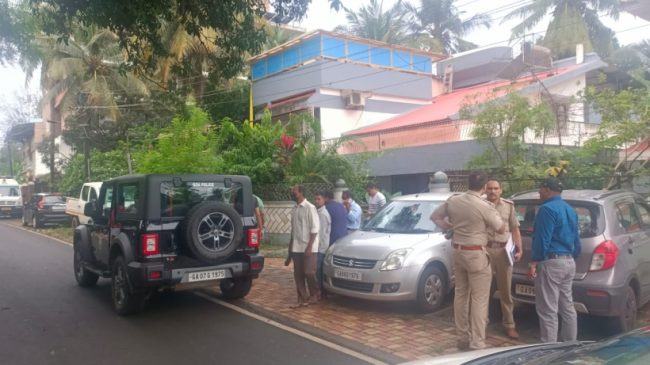 VASCO: Nilesh Gone, the father of the 14 months-old toddler, allegedly killed by the mother Nimisha Gone, arrived in Goa from Germany on Sunday morning

A completely shattered Gone went to the Hospicio to see the daughter before the post-mortem was carried out.

The body of the toddler was then handed over to the family after postmortem, and the body was brought to the house of the Valsan family at Chicalim, where the horrific incident had occurred on Saturday morning.

Later in the day, the family members carried out the final rites on the toddler, and the toddler was buried at the cemetery in Sada.

Meanwhile, Vasco PI Kapil Nayak said that the post-mortem had been conducted on Sunday.

“The death is due to comprehension of mouth and nostrils, and we have preserved the viscera. The police are carrying out further investigation, and though the husband, Nilesh Gone, has arrived in Goa, he is not in the state to speak with anyone as of now. The mother, Nimisha Gone, is still in the Hospital at GMC and is not speaking anything. We will speak to the husband in a day or two to find more details and ascertain if there was any tiff between the married couple,” said Nayak.