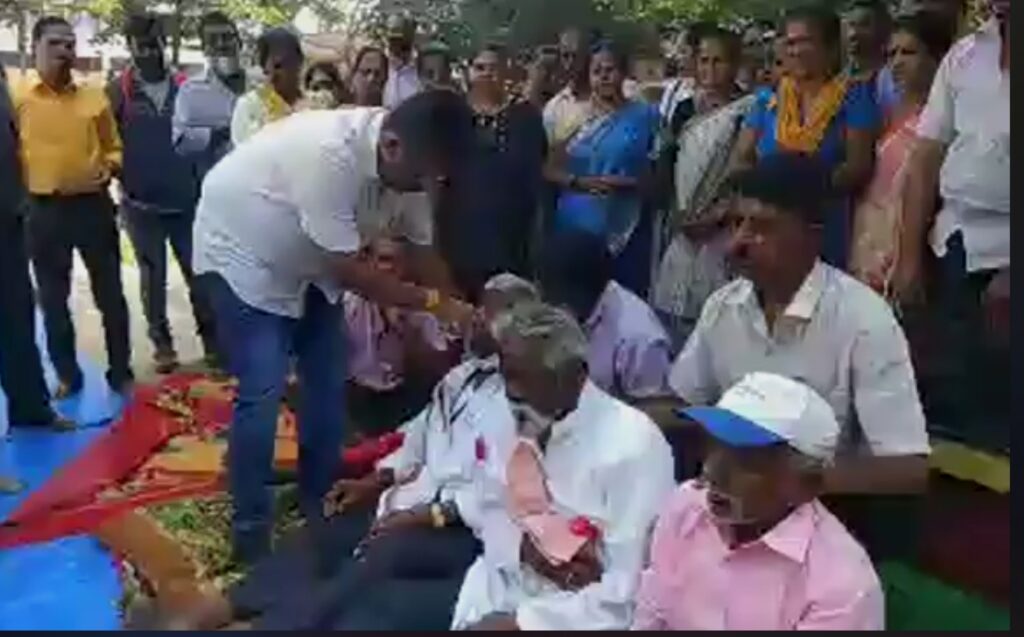 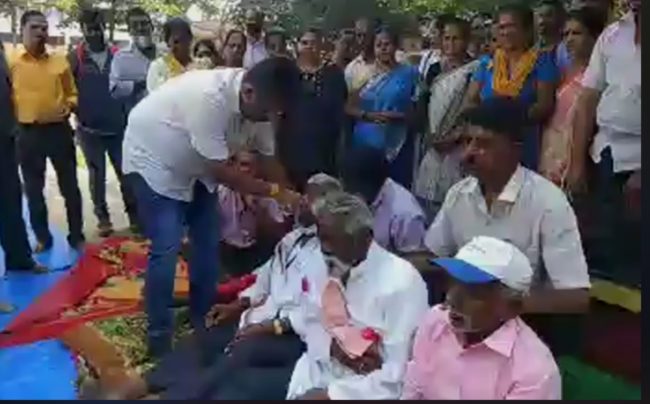 PANAJI:Children of Freedom fighters have finally ended their Fast unto Death following written assurance from the Government to fulfill their demands including jobs.

“I met families of freedom fighters at Azad Maidan now to give assurance on behalf of govt to resolve all their demands. They have ended their fast unto death protest,” said Tanavade

Chief Minister Dr Pramod Sawant had assured the House to resolve all pending issues of Freedom fighters children by March 31 while urging them to end fast unto death.

“Govt has assured to recruit 23 wards by February and another 150 to be absorb under Goa Human Resource Development Corporation; i urge them to withdraw their fast unto Death,” CM had said

The Children of Freedom Fighters Association had commenced with Fast unto death from at Azad Maidan – Panaji demanding government jobs.

He said late chief minister Manohar Parrikar had assured that the children of freedom fighters will be given government jobs. As per that 3% of the jobs in every department are reserved for these children’s.

“Few of them got the job but the list is still pending. Meanwhile Goa government has put the decision on hold with regards to giving job to the children of freedom fighters,” he said.

Children of Freedom fighter Association has been on dharna andolan from 4thJanuary. Chief minister has assured them to fulfil their demands but the association is demanding written assurance.