*Says ST, SC & OBC students missed reservation in first round and at least they should get apportunity in second round. 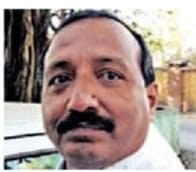 PONDA: The National OBC Mahasangh Goa President Madu Naik had demanded with Chief Minister Pramod Sawant to immediately clear the pending reservation file for PG courses at GMC for SC, ST and OBC students which is pending with law department before October.

Madu Naik said government had announced reservation for SC, ST and OBC for PG courses for year 2021-22 and even assured to Court but till date Government has not ammended rules to give Reservation to OBC, SC and ST in post Graduation hence they are Deprived 41% ie 24 seats 16 for OBC, 7 for ST & 1 for SC Reservation of 60 post in 1st round held on 3/10/22.

He said the said the SC, ST , OBC reservation file is pending with law department for past few days. He said by approving the file immediately, the amendment must come to the Cabinet for approval.

Since 1994, more than 80 percent of the OBC, SC and ST population have been deprived of their rights, says Madhu Naik, Goa president of the National OBC Mahasangh.

While demanding reservation in postgraduate education for Scheduled Castes, Tribes and OBCs in Goa Medical College and Dental College, the Mahasangh has demanded that the second round of admission scheduled for October 21 should be postponed if the issue of reservation is not resolved. He said Government issue notification and gave reservation.

“Reservation is given in other states of the country. However, in Goa it is great disappointment for SC, ST and OBC students willing to persue PG courses in GMC,” said Naik

The government should approve the file from the law department, amend the laws and approve them in the cabinet meeting.

Laws should be notified before October 20 so that children of OBC, SC and ST can get reservation in the second round, said Naik He said Chief Minister Dr. Pramod Sawant himself should intervene in this matter and ensure that all the procedures are completed by October 20.

Madhu Naik said that the National OBC Mahasang still hopes that the children will get justice in the second round.

Since the government has not yet amended the reservation rules, injustice has been done to the children in the first round of postgraduate courses. Out of 60 seats, 16 seats are reserved for OBCs, 7 for Scheduled Tribes and 1 for Scheduled Castes.

However, if the children did not get justice in the first round, it should be given in the second round said Madu Naik.