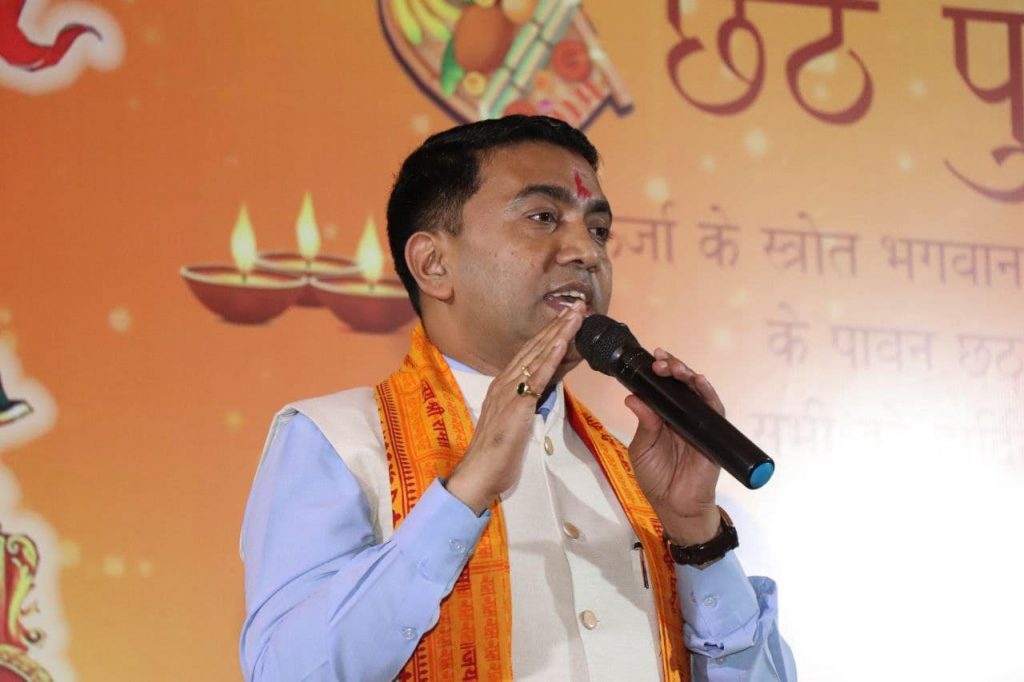 Goemkarponn desk
PANAJI: Had the Police not treated illegal land grab cases earlier, the state government would not have formed the SIT (Land Grab) to investigate these cases, said Chief Minister Pramod Sawant
Chief Minister Pramod Sawant was speaking during the Vigilance Awareness Week at Porvorim.
“The state government would not have formed the SIT Land grab if the police department had not treated the cases with a casual attitude,” said CM Sawant.
He further said that some of the land-grabbing cases date back 15 years. Wherein the people had filed a complaint with their respective police stations.
“These complaints were treated as normal or routine, and that is why we had to form a Special Investigation Team (Land) to probe them. This land grabbing had started 15 years back,” he added.
The SIT headed by SP (Crime Branch) Nidhin Valsan was formed in July 2022 to look into complaints linked to alleged illegal land grabbing and conversion.