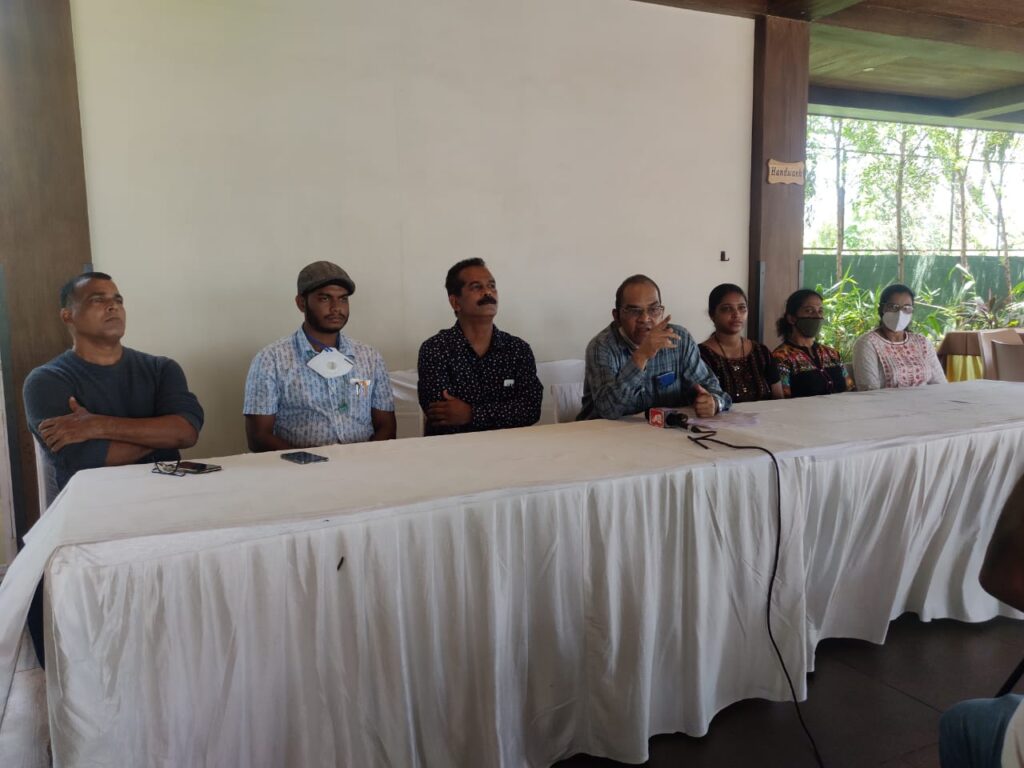 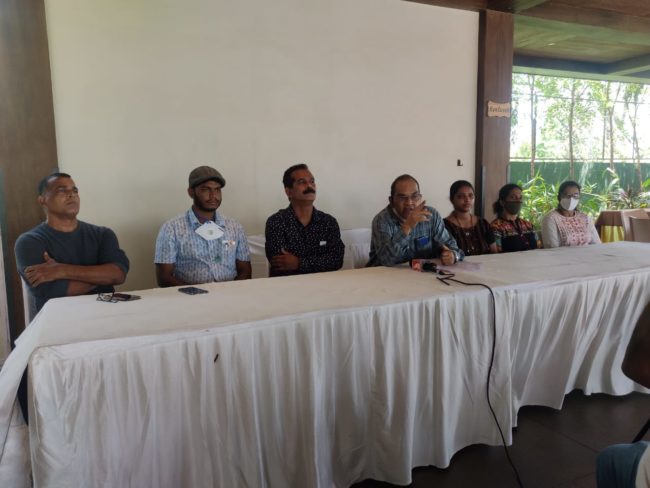 Goemkarponn desk
CUNCOLIM: The Ruling panel of the Cuncolim Municipal Council has clarified that the permission for the illegal hill cutting was granted by the Chief Officer and not the chairperson.
Addressing a press conference, the ruling panel led by Dr. Laximan Naik said that the new committee led by him had nothing to do with the illegal hill cutting at Cancanamoddi, Panzorconi Cuncolim.
“The New Council took oath on 1st April 2021 while the Technical Clearance order from TCP Department was obtained by developers on 5th April 2021. Also, the first meeting of the new council was held on 6th April 2021 but the Technical Clearance file was not referred to Elected Council by Chief Officer, ME / JE, citing it’s a Technical Administration matter and not requires Elected Councils nod,” Dr. Naik said.
He further said he himself was hospitalized for COVID treatment from 14th April 2021 to 22nd May 2021.
However, he added, “Cuncolim Municipal Council (CMC) Chief Officer gave Provisional NOC signed by herself on 20th April 2021,” he said.
Dr. Naik said that while the major work on site had started somewhere around 20 May 2021, the destruction work of heavy excavation & rock breaking with heavy machinery was carriMrsut & noticed on 16th & 17th July 2021.
“Very next day on Sunday 18th July 2021 at 10.15 am, I and local Ward Councillor Mrs. Gouri Vishwas Dessai was the first one to inspect the Hill Cutting Site and along with Cuncolim Block Congress Committee Members,” he said.
He said the next day 19th July, he moved a note to Chief Officer to immediately issue a Stop Work Notice to which the Chief officer Mrs. Violet Gomes responded under public pressure & upon re-inspection of the hill-cutting site by Junior Engineer, the CO issued a Stop Work Notice. “Yesterday, 26th July, the Complainants & respondents were summoned for hearing in the matter, and the way the hearing was preceding it was generating an impression like the plot developers were almost dictating the CO and insisting for withdrawal of stop-work notice citing commercial losses,” he said.