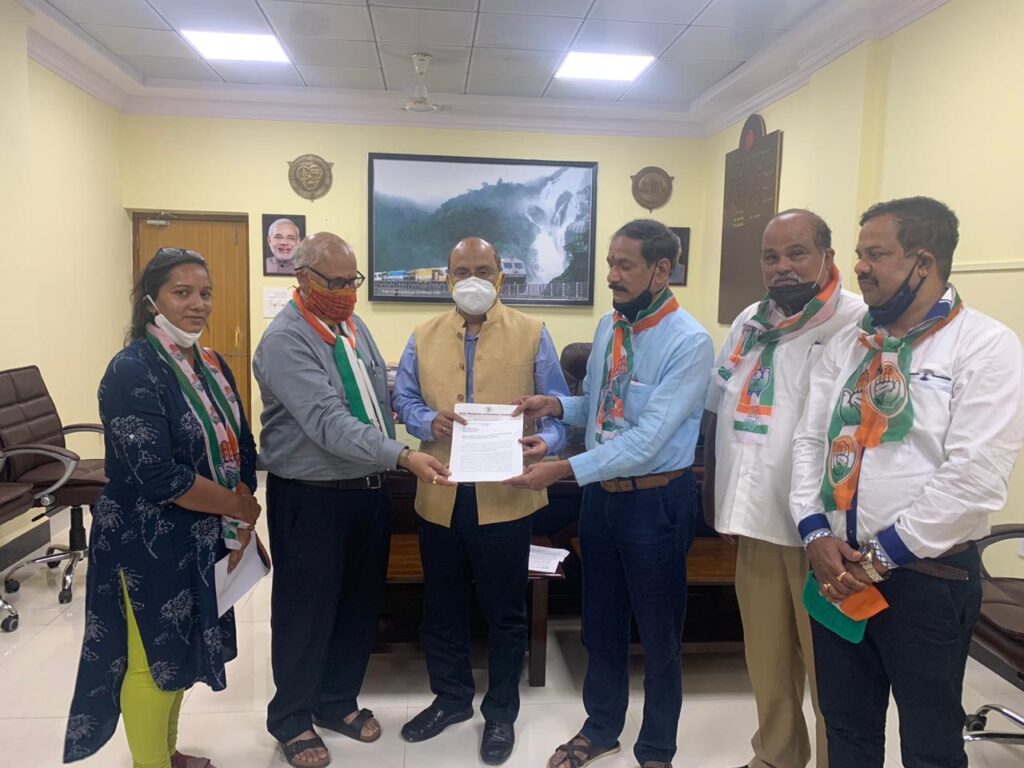 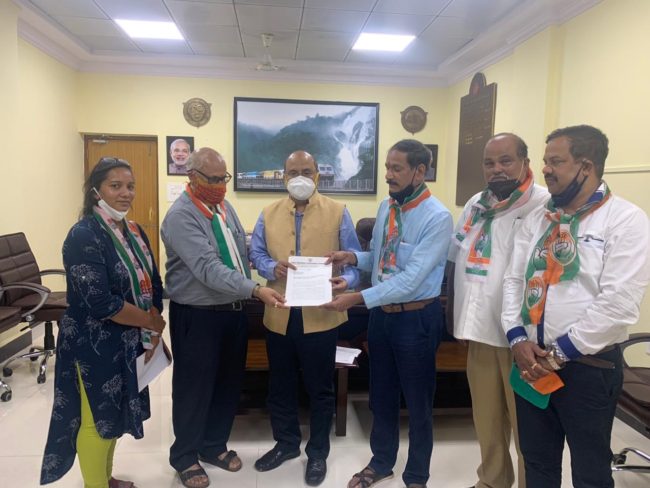 HUBALLI: Congress Party with almost 50 warriors today staged strong demonstrations at South Western Railway headquarters in Huballi and submitted a memorandum to the General Manager demanding stoppage of the railway double tracking work from Vasco to Londa which will destroy Identity of Goa and Environment and scrapping of the entire project immediately.

GPCC president Girish Chodankar and Leader of Opposition Digambar Kamat submitted a memorandum to the Additional General Manager of South Western Railway Prashant Kumar Mishra and brought it to his notice that there is complete opposition to the said work in Goa. They also warned him that protests will grow if Railway Vikas Nigam does not take cognizance which may eventually lead to law and order problem in the State . Both the leaders demanded that the work of doubling of tracks must be stopped and the entire project must be scrapped.

SWR Additional General Manager P K Mishra assured the delegation to take up with higher authorities the concerns raised by the Congress Party and try to find solution. He said that protecting nature of Goa is important and duty of all.

Congress Party is committed to protect the identity of Goa & Environment, we will not allow the attempts of BJP Government to convert Goa into a Coal Hub. Railway authorities must act wisely and stop the double tracking work immediately failing which they will have to face serious consequences stated Leader of Opposition Digambar Kamat while addressing the Congress Warriors.

The insensitive BJP Government is trying to convert Goa into a Coal Hub to help Prime Minister Narendra Modis Crony Club. Congress Party has shown the trailor of its agitation during protests at Nessai, Chandor and Davorlim and during the protest meeting at Lohia Maidan said GPCC president Girish Chodankar and warned the Government that the protests will intensify if the work is not stopped and project is scrapped.

Today, the Anti-Coal and Save Mollem protests have received support from renowned personalities from all across the State. Government must come to senses and scrap the project causing destruction to environment said Arch. Viola Fernandes. Pointing to the picture of famous Dudhsagar Waterfall displayed in AGM’s office, Royla said that it is now the duty of the Railway authority to ensure that the waterfall remains lively always.

The Coal pollution has taken the entire Mormugao taluka into its clutches and people are suffering. If MPT does not stop handling of Coal than it will be difficult for people even to breathe said Sankalp Amonkar.