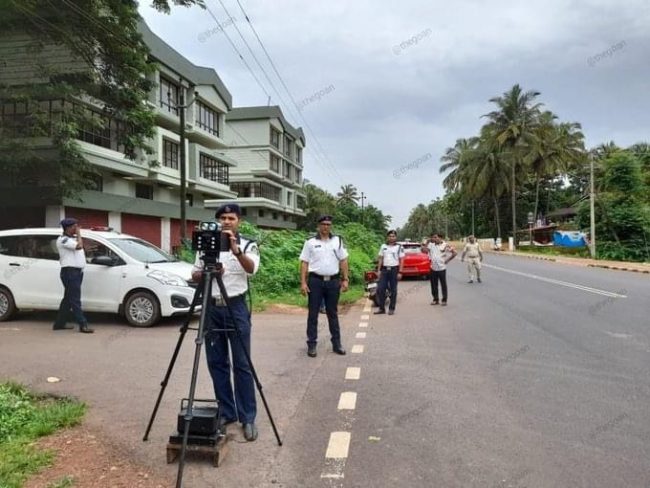 Goemkarponn desk
PANAJI: Hailing Goa chief minister’s recent directive, telling the police to crack down on drunken driving, tourism minister Rohan Khaunte, on Tuesday, said the clampdown against driving under influence would do good for tourism in the state.
“Laws are to protect people…it is (a) welcome step to ensure that we are heading in (the) right direction. We are speaking about aggregator(s)…I think everyone has somewhere a role to play. We have taxis; people who want to enjoy the evening and don’t drive can use the service we are looking at,” Khaunte told reporters here. “The decision (to fine drunk and driving) will definitely support tourism,” he said. According to the state tourism minister, Goa doesn’t say “welcome…get intoxicated and drive, and then don’t reach home.” The state wants tourists to go to the “someone at home” who is “waiting for you”.
“It is the responsibility of everyone to drive responsibly. The government’s decision is good, which will discourage drunk driving,” he said.
Chief minister Pramod Sawant, last week, had directed the Goa police to fine heavily drunken driving after a spate of fatal road accidents in the state. Most recently, four persons driving back from a birthday party died on Thursday, after their car crashed through the side barrier of a bridge and plummeted into the Zuari river in south Goa. In 2021, 226 persons died in road accidents in Goa. The state witnessed a 27 per cent increase in road accidents in the first five months of 2022, as compared to the corresponding period last year. (DHNS)