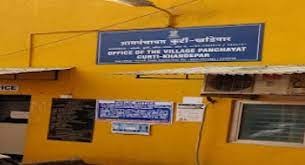 PONDA: Even though Panchayat elections are round the corner, the musical chair game for the Sarpanch post continues in Curti Khandepar Panchayat.
Even as two months left as the Panchayat election is scheduled in June, the Curti Khandepar Panchayat got its ninth Sarpanch today with Dadi Naik elected as Sarpanch while Gurudas Khedekar as Deputy Sarpanch.
The post had fallen vacant after the recent no-confidence motion against Sarpanch Bhika Kerkar and Deputy Sharmila Sangaonkar, who was elected just three months back.
With this development of the musical chair in Panchayat, the locals blamed the Panchayat body for instability and questioned whether they were doing it for development or for their vested interest.
It may be recalled that the musical chair play has been going on in this Panchayat since the elections were held in 2017.
So far, eight Sarpanch enjoyed the post in eleven members of Panchayat and today, Dadi Naik is the ninth Sarpanch who is enjoying the post-second time in this tenure
Nine Sarpanch in five years.
It may be recalled that after Panchayat Body was elected, Rukma Khandeparkar became first Sarpanch, then Santan Fernandes, Dadi Naik, Shailesh Shet, Shravani Gaude, while Gurudas Khedekar became twice the Sarpanch of Panchayat and Bhika Kerkar was the eight Sarpanch. Now today once again Dadi Naik elected Sarpanch who is the ninth Sarpanch so far