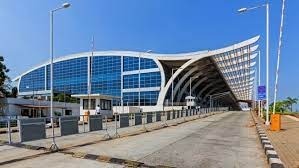 Goemkarponn desk
PANAJI: Minister of State in the Ministry of Road Transport and Highways and Ministry of Civil Aviation V.K. Singh today has assured that both Dabolim and Mopa will continue to function.
“This is an unfounded perception, and we are very clear that both international airports will continue to operate in Goa. In 2010 there was a cabinet decision, and we have to abide by it. The decision was that if there were two airports, both would operate simultaneously. One airport is by AAI, and the other is by GMR,” said Singh.
He further said that Civil Aviation will provide more connectivity to Mopa airport. That is, if Dabolim has got access to around 20 cities, then Mopa will be connected via 20 more which could not be done due to time constrains at Dabolim.
“Additional traffic will be diverted to Mopa International Airport. Both airports will function, and there is no doubt in the minds of the government of India. Please tell people not to be carried away by rumours,” he added.
Also, Transport Minister and Dabolim MLA Mauvin Godinho called on Union Minister for Road Transport, Highways and Civil Aviation General V.K. Singh and Secretary for Ministry of Civil Aviation Rajiv Bansal.
“To put an end to doubts concerning the functioning of the Dabolim Airport, I met with the Minister and had a fruitful discussion about the full utilisation of the Dabolim Airport once the Mopa Airport beings to operate,” said Godinho after meeting Singh
He further said that Singh has assured that the synergies of both airports will be combined and that both airports will continue to function. 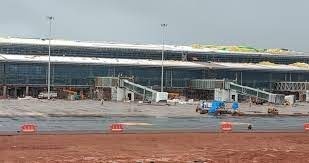 “Dabolim airport is known as the prestigious airport of the Airports Authority of India (AAI), and Mopa is a private airport.
Godinho said that Dabolim Airport will not be closed. Both airports will be functional.
“The state will hold a meeting to chalk out plans for both airports. If international flights are diverted to Mopa airport, then domestic flights can land at Dabolim,” he added.
At present, only 70 flights land at the Dabolim airport, which is a civil enclave, daily. No landing is permitted from 9 am to 2 pm at the facility.
Mopa will be the second airport in Goa, where there is already an operational airport at Dabolim in Mormugao city. The new airport will be around 35 kilometres from Panjim in the northern part of Goa.