Deepotsav at Shree Damodar Ling to be celebrated along the lines of Ganga Aarti once it’s restored: Vijai 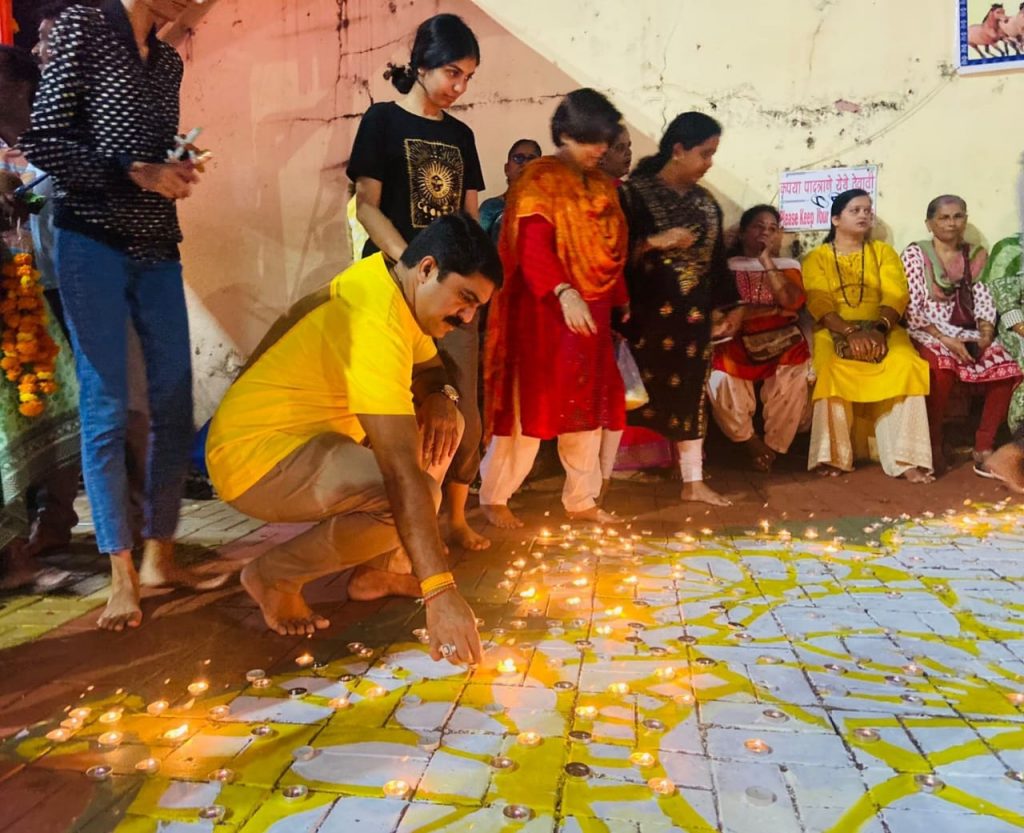 Goemkarponn desk
MARGAO: Residents of Fatorda celebrated Deepotsav at Shree Damodar Ling at Fatorda on Monday. Goa Forward President Vijai Sardesai, his wife Usha and daughter Urvi attended the annual ritual where Fatorda Forward Councillors and prominent citizens were also present.
“Vijai Sardesai has been celebrating this traditional Deepotsav for the last 10 years, and we will make it even more vibrant in the coming years”, said Mandar Sawardekar, a resident of Fatorda.
Vijai Sardesai, while speaking on occasion, said: “we had taken up the de-silting of Dambab Talli in 2017, and very large amounts of silt were removed. We wanted to beautify the Talli, but due to the private ownership, we couldn’t initiate it”. Landlords should not consider themselves higher than Lord Dambab, Vijai reminded.
He appealed to the government to restore the Dambab Talli to the people as their sentiments are attached to it. “We can have a grand Deepotsav at Dambab Ling along the lines of Ganga Aarti once this happens said Vijai Sardesai, who is also the MLA of Fatorda.