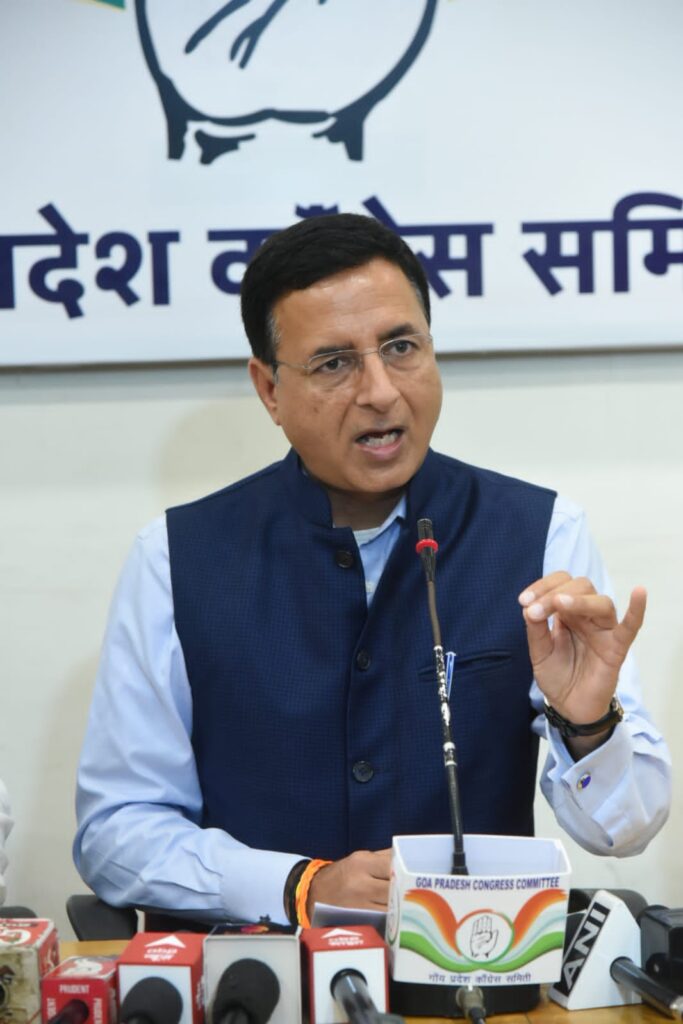 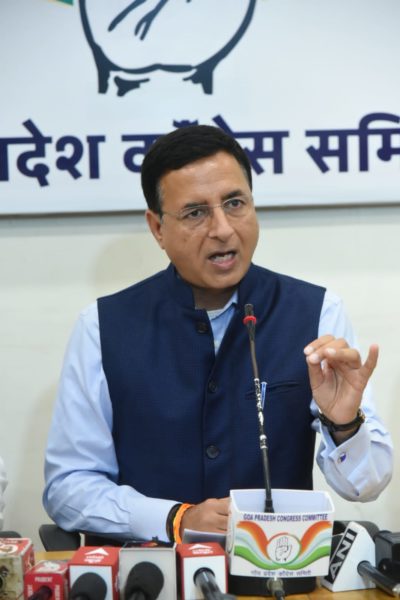 PANAJI: AICC Leader Randeep Singh Surjewala today said that the double engine government of the self-proclaimed BJP has become just a trouble engine in Goa.
“The double engine government of the self-proclaimed BJP has become just a trouble engine in Goa. These include Inequality (Inequality), Injustice (Injustice), Income Disparity (Income Disparity) and Inflation (Inflation),” said Surjewala.
He further said that PM Modi and the BJP had made a false promise to restart mining activities and that the BJP snatched the livelihood of 3,00,000 Mining Dependent people of Goa, as it could not restart legalised mining responsibly and sustainably.
“Goa’s tourism industry suffered a loss up to Rs. 7,200 crore and 58% job losses due to neglect by BJP Government during COVID. Sawant Govt remained a mute spectator and refused to provide any stimulus to the industry,” he added.
Surjewala also said that BJP Govt wants to convert Goa into a “Coal Transit Hub” by converting Mormugao Port into a transit hub for their “Hum Do, Hamare Do” crony club. Coal imports from abroad to neighbouring states destroy Goa’s ecology without any jobs or livelihood for Goans.
He said that as BJP and its friends made money, the ordinary Goans were hit by massive price rises under the ‘Trouble Engine’ BJP Govt. After the Congress party’s regular protests and the impending elections the BJP Govt was forced to reduce some taxes on Petrol/Diesel. Still, the Price of Petrol ₹96/litre & Diesel is ₹87/litre. Domestic LPG Cylinder – ₹988, which was only ₹412 during Congress Govt.
“The massive increase of prices in Commercial LPG Gas Cylinders, now at ₹2,101 has dealt a body blow to the restaurant/food outlet industry of Goa. Prices of vegetables, fruits, milk, eggs, and even the Goan Pao has increased,” he added.
The AICC leader also claimed that BJP gave zero compensation to small boat owners whose vessels were destroyed in rough sea, and BJP failed to save residences of Fishing Community from being demolished under Coastal Regulation Zone. (CRZ).