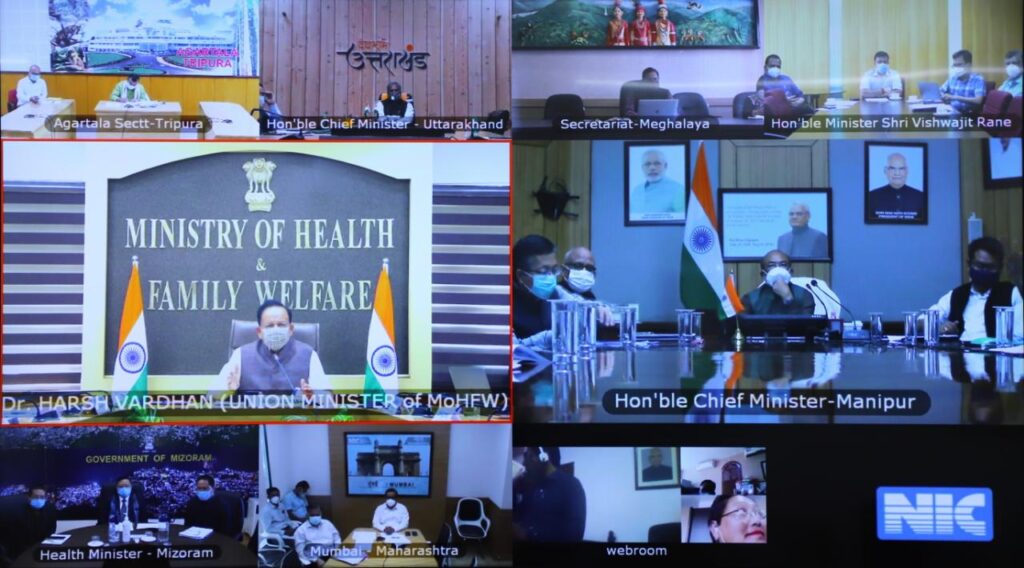 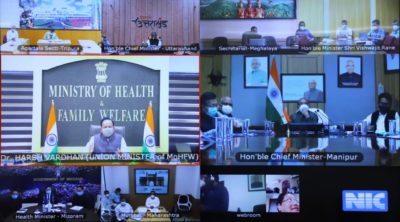 Highlighting the State specific areas of concern that would require focussed attention, Dr. Harsh Vardhan noted that although the active cases have come down in Maharashtra, it continues to have a large Active Caseload, with a high Fatality Rate (2.6%) which increases to 3.5% in and around Mumbai. CFR in Uttarakhand is higher than the national average at 1.64%; Active cases are on the rise in the recent days in Manipur. Higher Positivity in the State is indicative of hidden transmission, he stated. 40% of total deaths are recorded in just the last one month in Goa which is a cause of worry. With 70% of cases concentrated in Aizawl, Mizoram is seeing a further rise in active cases; Tripura and Meghalaya are witnessing higher deaths (~37%) in the active age groups (45-60 years) which are preventable.