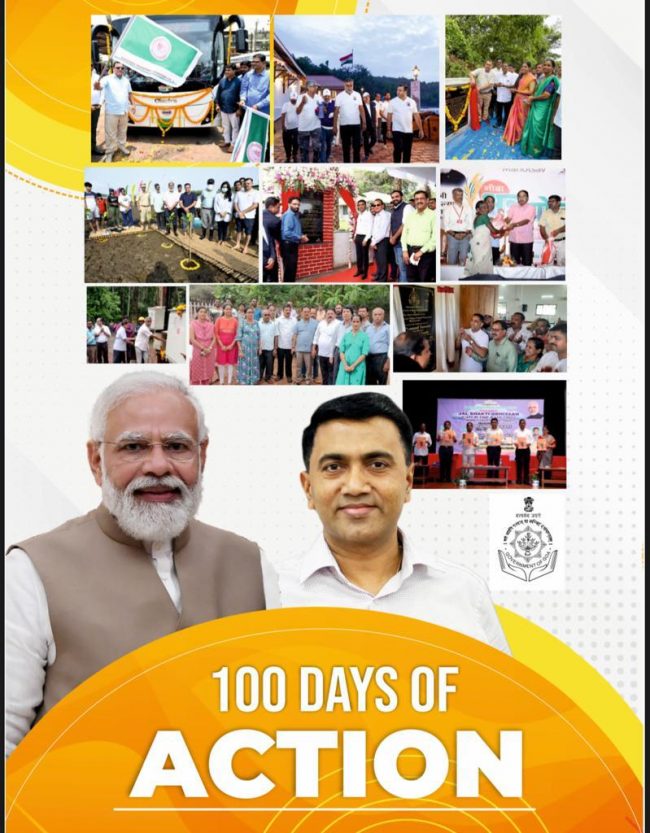 PANAJI: Contrary to the election promise of teh BJP, which said it would give three free cylinders to every Goan, the CM’s 100-day achievement report says otherwise.

“Rs. 40 crores have been allocated in the budget to provide 3 free cylinders to every BPL household under Goa Gram Urja Yojana,” said the 100-day report released by CM’s office.

Following is the detailed report card:

such as rainwater harvesting, rejuvenation of rivers, flood banks, etc.