Drug menace is one major threats our nation, must me eradicated: CM

*161 cases of illegal drugs registered; drugs worth Rs 4.5 crore have been seized by the police, says Sawant 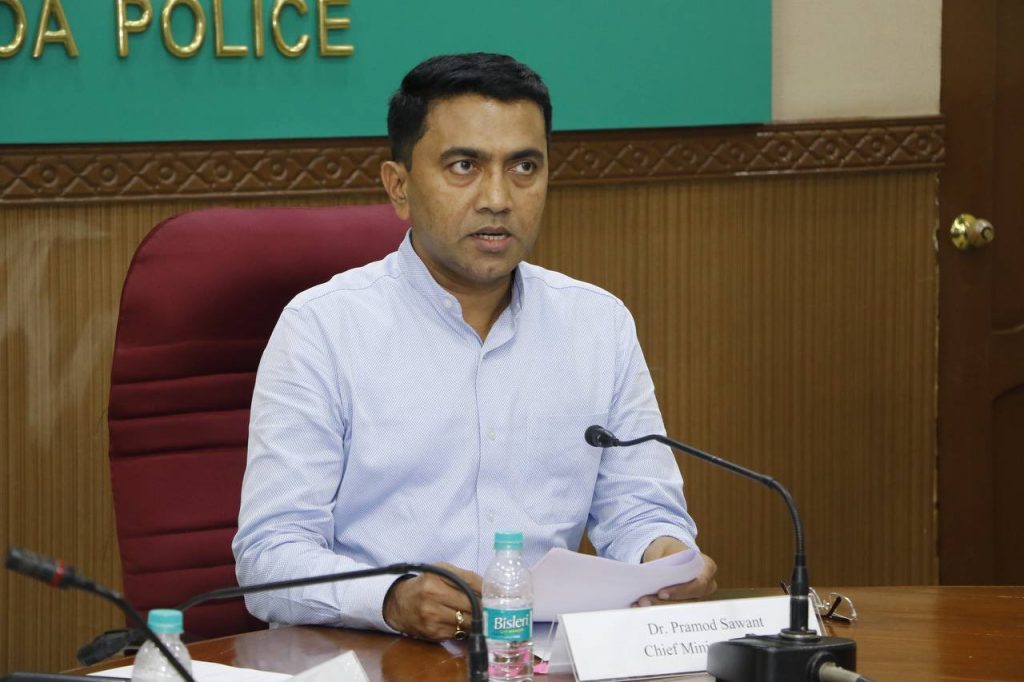 PANAJI: Chief Minister Pramod Sawant said that drug menace is one of the major threats to the nation and it must be iradicated from its roots.

“Drug Menace is one of the major threats to our Nation. It must be eradicated from its roots. For that Cooperation among multiple agencies is must to mitigate the issue,” said CM Sawant

He further said that he was sure that this review meeting will definitely help to come together to eradicate the drug problem from our state and all over India.

“The Goa Police has been successful in identifying the patterns of drug trafficking in Goa and conducting operations against it in the state,” he added

Chief Minister said that they shall need further support from other states as well as central agencies to curb the problem of drugs.

Sawant also said that from 2019 till date the State government has deported nearly 650 Nigerians, who were staying illegally in Goa and currently 50 more Nigerian nationals are to be deported.

“Government has taken all steps to crack down on illegal parties and has also demolished illegal clubs in the State,” he added

Sawant said as many as 161 cases of illegal drugs have been registered and drugs worth Rs 4.5 crore have been seized by the police. The process to increase the staff strength of Coastal Police and Anti-Narcotics Cell for both, North Goa and South Goa districts is underway.

Meanwhile, HM Amit Shah said, “Narcotics are impacting our youth, illegal money coming from its trade is also financing terrorism, to strike a blow on both these fronts the Government of India, all the agencies of State governments and the police should work jointly with one objective.”