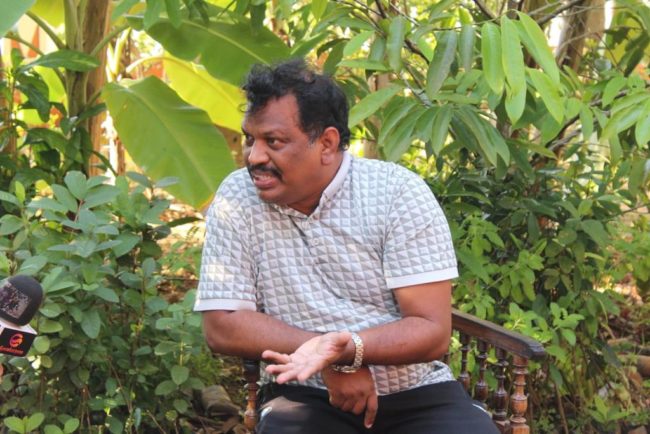 PANAJI: Leader of Opposition (LoP) and Congress MLA Michael Lobo has refuted speculations of him joining the BJP and four other party MLAs.
“There is nothing like that. It is false news being created and spread. It is just a speculation,” Lobo said.
He further said that they had coffee together and discussed the forthcoming Assembly session.
“Three Congress MLAs, including me, met at a restaurant, and we had coffee together. We discussed the monsoon session of the state Assembly and some other things we have to do. False news was created just to attract viewership to that particular news portal. Our MLAs leaving and going elsewhere are just speculations,” Lobo said.
When asked if any MLA has been approached by BJP or if any Congress MLA has reached out to BJP, Lobo said no MLA has brought any such thing to his notice.
He claimed that all Congress MLAs are intact and expressed confidence that they will not switch sides.
“There was nothing wrong in meeting as there were no BJP functionaries,” he said
Lobo claimed that the news was Created to draw attention by a news portal; I saw it on WhatsApp,”
Lobo further said that instead of getting involved in vindictive politics, the government should make optimum use of government machinery, particularly the police department, to prevent crimes in Goa.
On May 28, BJP’s Goa desk, in-charge of C.T Ravi, stated that five MLAs from the opposition are interested in joining the ruling side. Since then, Goa has been speculating whether the second episode of ‘defection’ could happen in the coastal state.
Recently, a few MLAs of Congress and Lobo held a meeting in a hotel, which went viral on social media, giving scope for further speculations.