Goemkarponn desk
VASCO: The recent sex scandal allegedly involving BJP’s Mormugao MLA Milind Naik seems to have boosted the Congress’s chances of victory in the constituency.
Congress candidate Sankalp Amonkar, who lost to Milind Naik twice in 2012 and by a slender margin of just 136 votes in 2017, this time sees the best chance to win.
With the numerous controversies encircling BJP MLA Milind Naik, the chances of Naik getting BJP ticket and winning this time in the election seems to be next to impossible.
Mormugao constituency comprises around 19,000 voters, from which around 11,000 are female voters, and the rest are male voters. From ward number 1 to 9 from Mormugao Municipal area comes under the Mormugao constituency.
The candidates of other political parties are yet to be announced in the Mormugao constituency, whereas the Congress party seems to be confident of Amonkar winning this time; therefore, a few days ago Congress party officially declared Sankalp Amonkar as their candidate in Mormugao.
BJP’s former Urban Development minister Milind Naik has been shrouded with unnecessary controversies in recent times.
This may be a warning sign for him that his achhe din are on the verge of getting over. The only positive thing Naik has done is that several people from the Mormugao constituency have got jobs due to the blessings of Naik and some development projects are in the pipeline. But besides that, there is nothing remarkable that has happened in the Mormugao constituency in the three tenures of BJP MLA Milind Naik.
On the other hand, there is a list of controversies and hurdles which came in the path of Naik. The people of Mormugao, especially some youths, are unhappy due to the unemployment issue. They claim that the supporters of 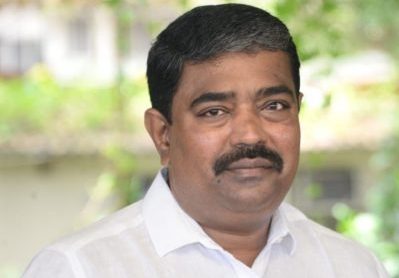 Naik are getting employment opportunities in the business sector and in govt sector jobs, whereas the rest are kept high and dry without any source of livelihood. There is a Mormugao Port Trust (MPT) in the Mormugao constituency, but hardly any number of people are employed there from Mormugao, and most of its workforce is being taken from other parts.
The newly built bungalow of Naik also came on the radar a few years back when the MPDA imposed a fine of Rs one lakh over it for some reason.
Then, there was an issue of Nu Shi Nalini, wherein Sankalp Amonkar claimed the alleged involvement of Naik in bringing this unmanned vessel in the port, endangering lives of the nearby people living in the coastal area.
The vessel got dragged into a storm that brought the state’s political storm.
Also, there has been some political controversies, such as the telephonic conversation with the former councillor over the allotment of municipality workers. Unnecessary delay of almost three months in the appointment of Chairperson of Mormugao Municipal Council due to internal political interference, Consistent delay in the payments of the municipal staff, restoration of heritage municipality building allegations made by the Vasco MLA against Naik.
The objectionable, obscene text messages and photographs of the alleged sex scandal and the dropping of Naik from the Cabinet as an Urban development minister, etc., is too much negativity which one could neglect. All these things will come to the advantage of Sankalp Amonkar, and people might this time give a new face a chance.
This time, elections in the Mormugao constituency might be difficult to win for BJP MLA and Former Urban Development minister Milind Naik. Considering his third tenure, which was engulfed with controversies that damaged his popularity and acceptance of the good. 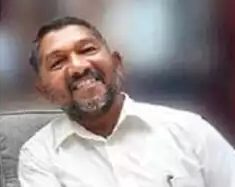 On the other hand, Congress party’s candidate Sankalp Amonkar has always tried to keep a “good boy” image in the eyes of the people of Mormugao, be it during the CoVID19 pandemic by supporting people of Mormugao by supplying essential food items and healthcare safety commodities when these things were needed the most to the people.
On several occasions, Amonkar took up the public issues such as coal transportation-related pollution in the Mormugao, unemployment, alleged scam in the restoration work of the municipal heritage building of Vasco, Nu Shi Nalini vessel carrying slug which almost endangered the lives of the Goans living on the coastal areas, an alleged delegation of names of the people from Voters list etc.
During the last assembly election, Amonkar lost with a thin margin of 140 votes in Mormugao.
But this time, the chances of Amonkar’s victory are high considering his opponent BJP MLA Milind Naik has caught up the storm’s eye, which will surely take away Naik’s success along with it.