Final order in disqualification of 10 Congress and 2 MGP MLA’s on April 29: Speaker Patnekar 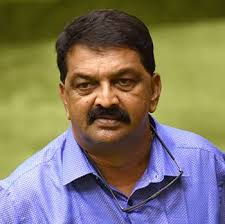 PORVORIM: Goa Legislative Assembly Speaker Rajesh Patnekar today said that he will be passing the final order in the disqualification matter of 10 Congress and 2 MGP MLA’s on April 29.

The disqualification petitions were filed by Congress President Girish Chodankar and MGP Supremo Sudin Dhavalikar against ten the Congress MLAs and 2 MGP MLA’s respectively who had joined the ruling party BJP in July, 2019

Gosawi further informed that Speaker has allowed the application for extension of time for filing their written statement.
Meanwhile, MGP Lawyer Doval Zaveri said that said that the speaker has kept the final order on April 29 at 11.30 am and he has specifically told our counsel that it will be the last hearing in the matter.
“In the present case 2/3 members have agreed but there is no decision absolutely of the original political party to merge. So that being not there, there is no question of valid merger in terms of para four,” informed the counsel.

When the matter came up for final hearing before the Speaker, the petitioners contended that the MLAs have incurred disqualification in terms of para 2 of the Tenth Schedule to Constitution of India. They maintained that the MLAs ceased to be members of the State Legislative Assembly.