Two seagulls were killed after a tourist drove the car on Arossim beach. Verna police registered offence after a complaint by the Tourism department 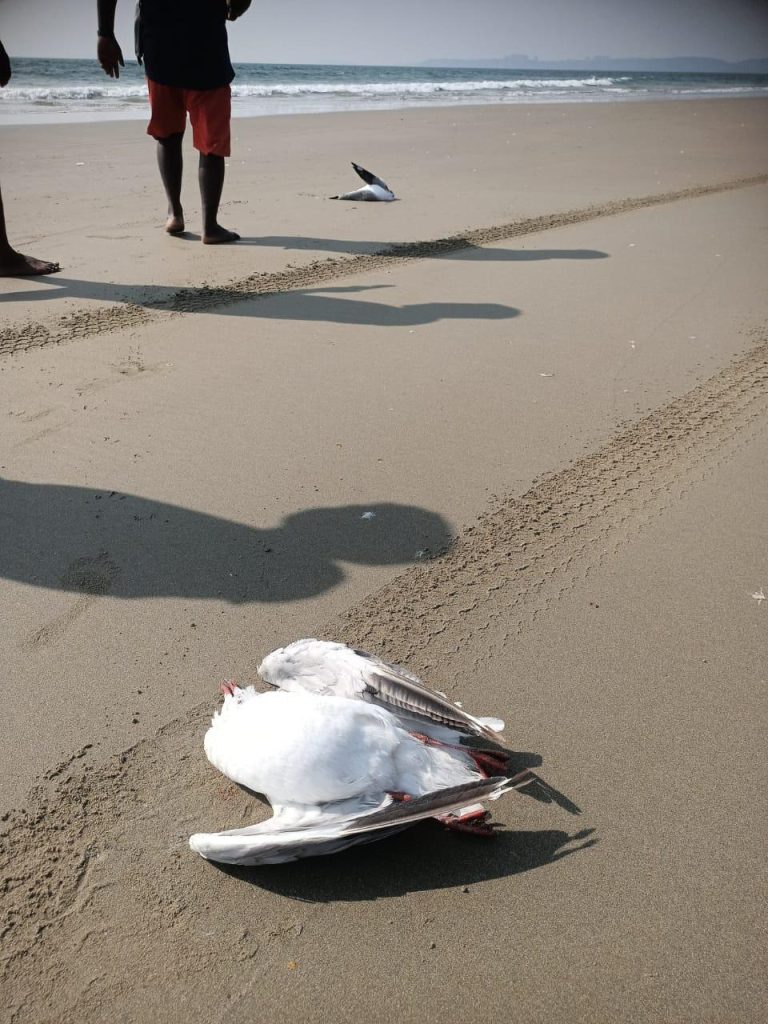 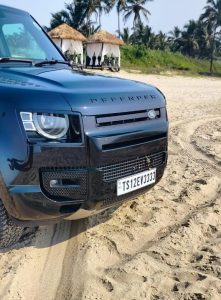 Goemkarponn desk
VASCO: In a bizarre incident reported at Arossim, two seagulls were killed after being run over by a car driven by a tourist at Arossim beach
The incident shocked visitors and locals alike and evoked an angry reaction from residents who demanded action against the tourist for his involvement.
Later in the day, the tourism department filed a complaint on the incident, and Verna police registered an offence in this incident. 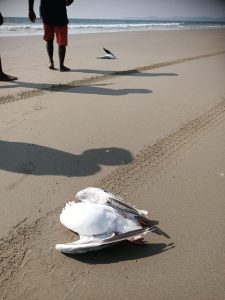 When contacted, sources in Verna police said that an offence was registered under section 184, 188 IPC and Section 11(2) of the Cruelty to Animals Act.
“We registered an offence upon the complaint of Ganesh Teli, Deputy Director. Department of Tourism, to the effect that on Monday at about 3-o-clock in the afternoon, the accused driver of an SUV bearing Reg.No.TS-12- EY-3333 drove his vehicle on the Arrossim beach in a rash & negligent manner, endangering human life and further ran over the flock of brown-headed gulls resulting into death of two gulls of the flock, thereby committed cruelty to animals and also violated the order No.7/5(29) (GTPPMA)/2022/DT/2547, dated 31/10/2022 duly promulgated by the public servant, i.e. Director of Tourism, Goa, wherein driving of unauthorized vehicles on beaches of Goa is prohibited” said the source.
PSI Sanket Talkar of Verna police is conducting further investigation under PI Diago Gracias’s supervision and DySP Salim Shaikh’s guidance. 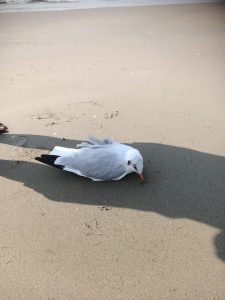