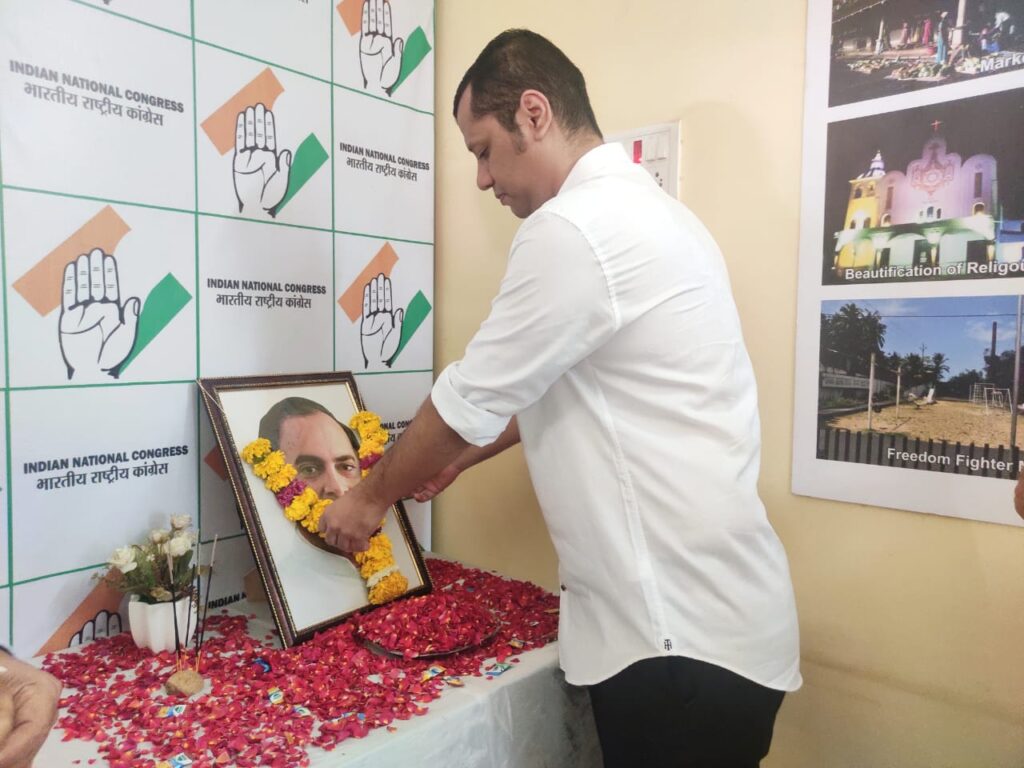 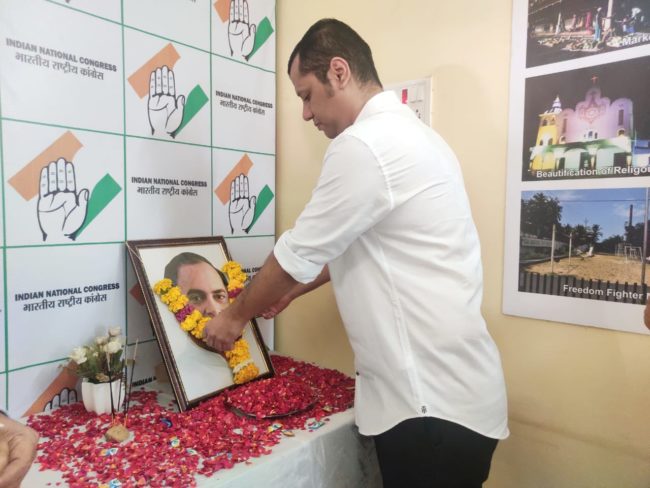 Goemkarponn desk
CUNCOLIM: Late. Rajiv Gandhi left indelible footprints heralding the new technological age of Information Technology. His entry into active politics gave the qualitative spin to Education and Human Resource Development in India. Many initiatives spearheaded by Rajivji could be the first set of economic reforms towards liberalization, said Congress Leader Yuri Alemao.
He was speaking at the function organized by the Cuncolim Block Congress Committee to mark the Birth Anniversary of former PM Rajiv Gandhi.
“A professional pilot with a passion for flying preferred to stay apolitical, but destiny pulled him into politics after his brother Sanjay’s sudden and tragic death. Rajiv Gandhi was assassinated by a suicide bomber whilst campaigning for the Congress Party. On his birth anniversary, I join the Congress family and the nation to recognize Rajiv Gandhi’s innovative contributions to India. His violent death is equally a testimony of his commitments to the nation,” Yuri Alemao said.
Cuncolim Block Congress President Assiz Noronha welcoming the gathering said that every youth should read about Rajiv Gandhi, which will surely help them build their careers. Mahila Block President Sonia Fernandes said that Rajiv Gandhi always worked to empower women. Youth Congress President Saikunj Dessai proposed a vote of thanks.
Chairperson of Cuncolim Municipal Council Dr Laxman Naik, Vice-Chairperson Anthony Vaz, Councillors Gauri Dessai, Raimundo D’Souza, Landry Mascarenhas, Jamira Peres, Uddesh Bhiku Naik Dessai, Ex-Councillors Oscar Gracias, Shaurito Fernandes, Gino Pereira and other Congress functionaries were also present.
All the dignitaries first garlanded the portrait of the late Rajiv Gandhi and paid floral tributes to the former Prime Minister of India.