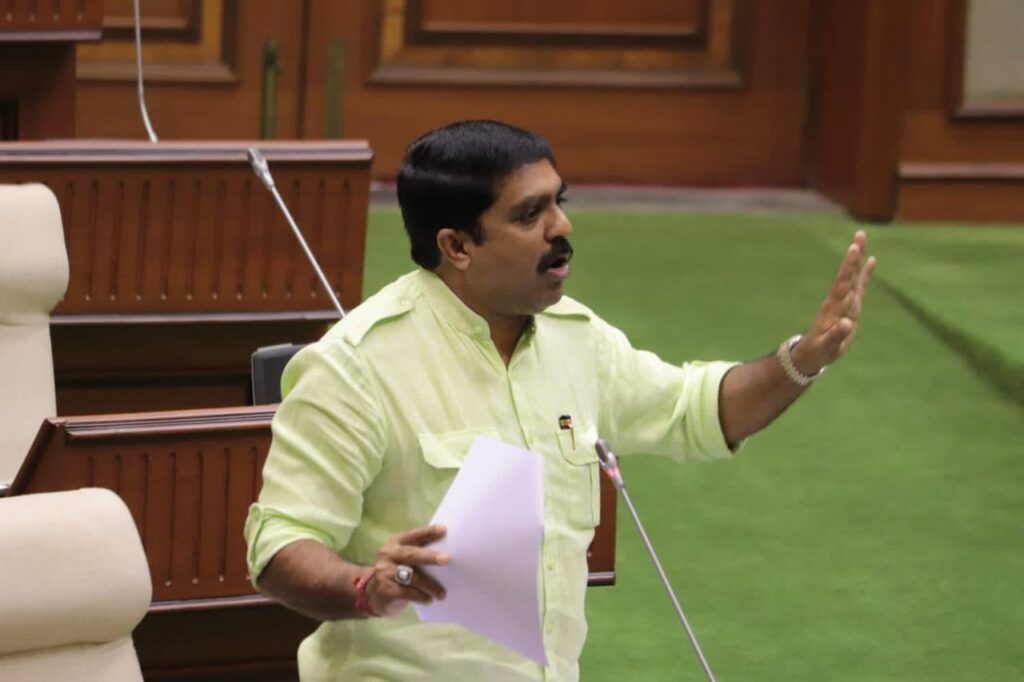 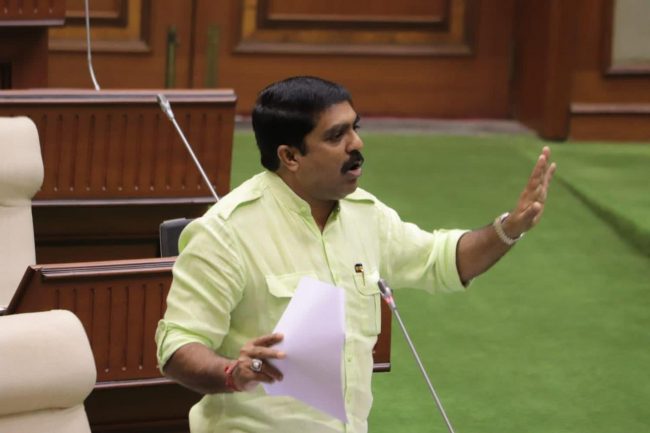 Goemkarponn desk
PORVORIM: Fatorda MLA Vijai Sardesai allege a mega scam in the Goa Broadband Network, an ambitious project of the Goa government.
Sardesai said, “This is a mega scam. I am sure the Minister knows this scam in and out.”
Substantiating his claim, Sardesai said the GBBN contract with United Telecom Ltd expired in July 2019 and for 10 years, the quality of the internet provided by M/s UTS through their network was unreliable.
“Before the expiry, the government should have been looking for a new vendor. Instead, in 2019, the contract was extended by one year,” he said.
Sardesai added that then the IT Minister (Who is currently the IT Minister), in his file notings, had clearly put remarks stating that the approval of the council of ministers may be taken.
“In a few days, the Minister was removed along with us from the Govt. The Chief Minister then approves the file without taking it to the cabinet. This is a major scam. I have the entire file under RTI; if you go through the notings wherein, the finance dept even raised queries even after CM approved the file. This clearly shows the arrogance of the Govt. I demand an inquiry which should be conducted by a retired high court judge. There is no point in demanding vigilance as it’s the puppet of the Chief Minister,” he said.
He said that in 2020, the department claims that they need 327 Crore for implementation of Bharat net, and that would take 1 year.
“So once again, the contract was extended by one year till July 21. Interestingly noting was put while extending the contract saying,” Till further arrangements are made to tender, this will be extended,” he said.
Sardesai said that each year Rs 22.86 Crore is paid to United Telecom.
“This is a major racket. Even then, Minister Jennifer Monserrate might not even be aware of this. In the file notings dated 29/8/2019, the Undersecretary Finance makes a note that “there are major non-compliance by M/s UTS” and that the IT dept shall ensure to furnish a detailed report as to the Goans achieved/tasks completed by M/s UTL since inception in services,” the former Dy CM said.
He said these suggestions were disregarded. M/s UTS will get this contract every year till 2025. This is the year the government set a target to hand the broadband network over to Bharat net.
“Last year Rs 80 crores was allocated for BharatNet. How much as been utilised. This year only Rs 10 crores has been allocated. Is this enough? Is there a need for replacement of the infrastructure? If so, how much would it cost?” he asked.
“One more point that needs to be made is that in the contract between the Government of Goa and M/s UTS, there is a clause for providing value-added services to citizens. I want to ask the Minister, how much revenue has the M/s UTS transferred to the government as the revenue share of value-added services? The data of revenue to the government as per the Budget revenue estimate document is
o 2017- 18 – 1.4 Cr actual earning
o 2018-19- 1.13 Cr actual earning
o 2019-20 : 1.61 actual earning
o 2020-21 : 0 actual earning
o 2021-22 : estimated earning 1.75 Cr
o 2022-23 : estimated earning 0.4 Cr
• What is the reason for the decline?” he asked.
Sardesai further said that this entire tender is a scam and an inquiry is required into this is a must.
“Or else, our party will approach the high court in this matter. We want to know who is Shah Jahan in this Scam,” he said.