GMPF urges newly-elected MLAs to work towards resumption of mining 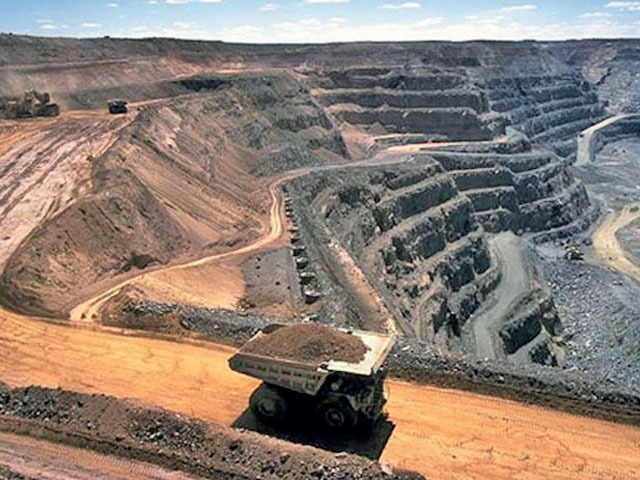 PONDA: As the Goa mining ban completes four years, the Goa Mining People’s Front (GMPF), representing over 3 lakh mining dependents of the state, has appealed to the Government at the Centre and the newly-elected MLAs in the state to facilitate resumption of mining immediately.
Puti Gaonkar said the Hon’ble Apex court judgement dated February 7 2018, in the Goa Mining case ordered the closure of mining operation cancelling the second renewal of leases granted by the Government of Goa, affecting the livelihoods of over 3 lakh mining dependents in the state with over
75000 employment in the state.
Under the leadership of Dr Pramod Sawant, the state government has been promising resumption
of mining activities since he took over the charge as Chief Minister of the state and has made umpteen
attempts to convince the central leadership for a solution, but the attempt has not yielded any results.
The central BJP leaders, including India’s home minister Mr Amit Shah, has again assured a solution
within 6 months, resolving the Goa mining stalemate during recent election campaigning.
The GMPF now demands that the promise of solution within 6 months be treated as agenda to deliver and not just another election gimmick like in the past. Now that the party has got a third term, GMPF has urged the Government to immediately act in the matter as it has a bearing on the livelihoods of 300,000 people.
Gaonkar also added, “Goa Mining Dependents people have completed 4 years of financial turmoil and eroded all the savings. Unfortunately, the livelihood plea of over 3 lakh people has been simply
ignored by the Central Government for the last 4 years. Nearly 90% of mining dependent people are in
acute financial difficulty with 100% loss of income or are earning a paltry sum that’s not what they
deserve.”
He says the elections are now over, and concrete solutions need to be discussed across the table with concerned stakeholders, including employees, truck owners, Barge owners, and mining service providers.
“There is a possibility of last 3000-odd employees losing their employment and with that so also the current lingering truck and Barge related business and employment. The difficulty in getting
a solution is that the attempt is not for a sincere and fair solution in the interest of the State of Goa and its
people,” he said.
He says the solution announced so far are meaningless such as auctioning the leases through Corporation and are designed in the interest of few individuals dreaming and fancying to make the best out of this crisis at the cost of people’s misery. “Whatever the solution, it must be in the interest of common mining dependent people and for increasing the state Revenue. No solution that will exploit the Goan mining dependent people will be workable as the awareness among people is high. Also, a solution that will get entangled in the courts, given pending cases on perpetual rights, will be a disaster,” he said. He added, “We are still of the opinion that any practical solution will need some sort of legislative amends to get over this mining imbroglio. The matter of perpetual rights of the erstwhile mining companies will not let the Government decide on any solution as admitted by the Union Government in their affidavit to Hon’ble Supreme Court in Feb ’19. ”
GMPF says there is no attempt on addressing the things that needs to be addressed hence any solution has to address that matter first.”
The affected people have appealed to the central and state Government to treat the Goa mining issue as imperative and provide relief.
Goans have also urged for immediate resumption of mining activities in the state in the interest of the state economy. All mining activities in the state were
suddenly stopped on March 15, 2018, following a Supreme Court order.
GMPF has urged the Government to immediately act in the matter so that people can once again earn
sustained income and plan a better future for their families.