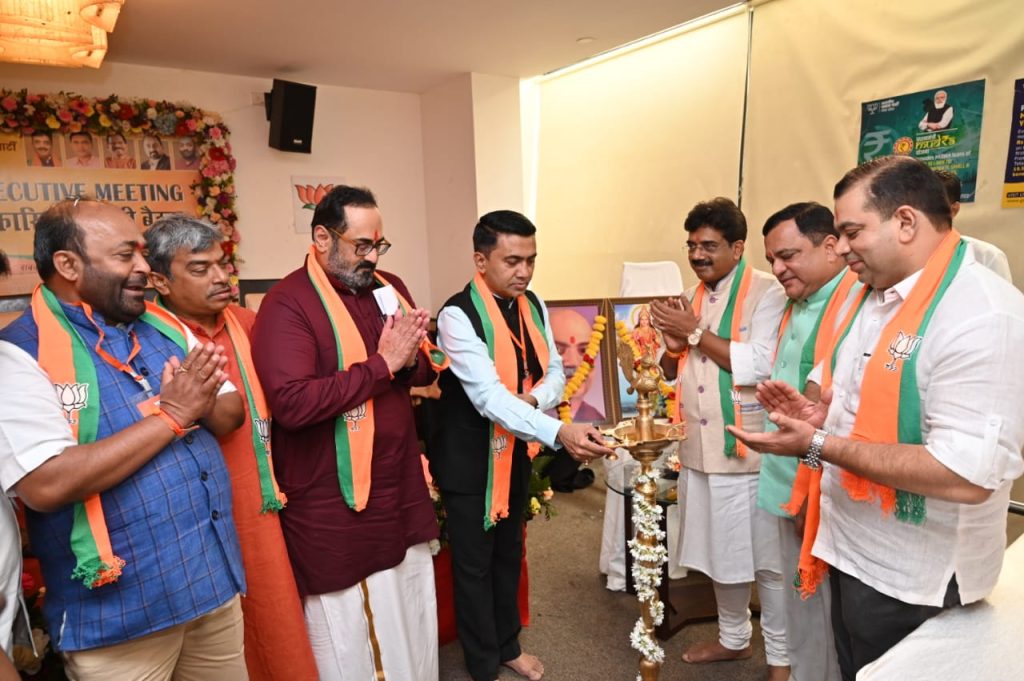 We will go into the 2024 MP elections under his leadership.
BJP State Executive also resolves to strengthen Swayampurna Bharat and Atmanirbhar Goa 2.0 and take all policies to the last person in society, says Goa CM Dr Pramod Sawant on Goa BJP State Executive meeting

VASCO: Goa CM Dr Pramod Sawant on Sunday said that the BJP Goa State Executive meeting had resolved that JP Nadda will continue as the National President and that Goa will go on 2024 MP elections under his leadership.
“We are having the state executive meeting for the first time in Vasco, and the people of Mormugao have given us three BJP MLAs. The first resolution was proposed by Party President Sadanand Tanavade to have JP Nadda continue as the National President, and all of us supported the resolution, and we are going in the 2024 MP elections under the able leadership of JP Nadda,” he said.
He said BJP has also deliberated on various issues of Goa, and we have decided that we will take all our schemes to the last person in the society.
“Transport Minister Mauvin Godinho also proposed a Rs 2 lakh accidental policy, and many other proposals were placed before the state executive meeting today. We have also resolved to strengthen the Atmanirbhar Bharat Swayampurna Goa 2.0 and give a boost to youth and women policies. We have also taken an oath to ensure that we will work wholeheartedly to take the national and local government schemes to the last person. We have also resolved that our MPs, MLAs, Leaders, and Karyakartas will work wholeheartedly for the betterment of Goa and Goans,” said Sawant.