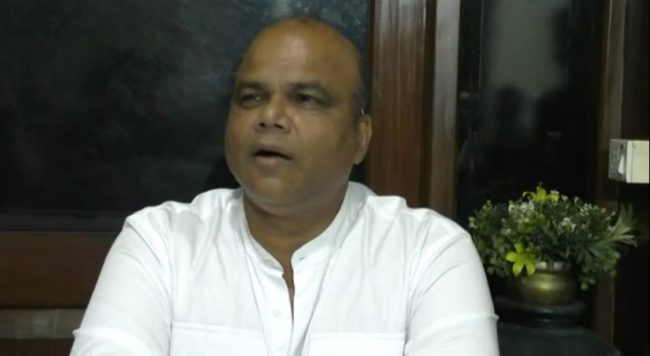 Goemkarponn desk
MARGAO:
Former minister Francisco Xavier Pacheco (Micky) has announced that he would contest the 2022 assembly elections from the Benaulim seat on the Congress ticket.
He said that before joining Congress, he has given plan A and Plan B to party high command, including his candidature, which was accepted by party high command.
“The Congress party will regain the lost glory in Benaulim and Fatorda. I am sure will win Benaulim as the constituency has always stood with me, and this time, they are with me; I will also see that the Congress party wins in Fatorda too,” Pacheco said.
He said the NCP has no moral right to talk on alliance when
“Their lone MLA is having a honeymoon with the ruling party, especially with the so-called Bhandari samaj CM. The same applies to Goa Forward, which won elections in 2017 fighting against BJP and later helped the communal party to form the government,” he said.
Pacheco said the Goa forward have no issues left and lost the trust of Goans by supporting the BJP government; that’s why they want an alliance.
“Ninety per cent of Congress workers don’t want an alliance. There are only one or two leaders who are in favour of alliance,” he added.
Pacheco further said that parties are giving deadlines and trying to blackmail few leaders of Congress.
“I am saying that these are pressures tactics, and it won’t affect Congress in coming elections,” he said.
He said the NCP does not have workers in the state.
Churchill knows he will lose elections, so he wants the support of Congress.
“Goa forward is using different style by opening offices in various constituencies, it’s pure pressure tactics, and I am sure party high command won’t fall prey to this. The day Goa Forward supported the BJP government, they lost the trust of the people. The Goa Forward leaders also know that this election will be difficult to win without Congress support,” he said.