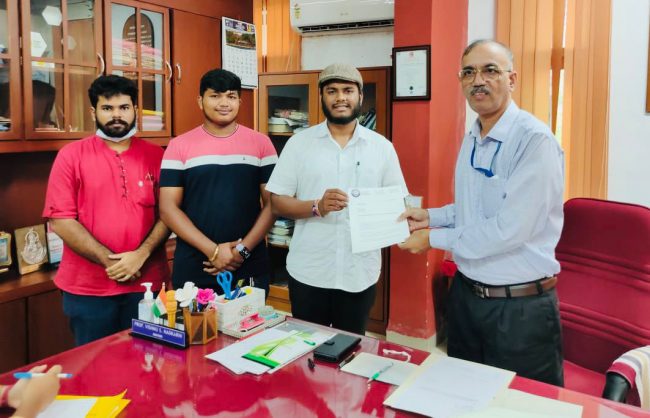 Goemkarponn desk
BAMBOLIM: The Goa Forward Party Students cell has written to the Goa University Registrar regarding the delay in the declaration of the final year result of graduate courses.
The Students cell said that it has come to their attention that the results of the final year students enrolled in the various colleges across Goa have not yet been announced by Goa University.
“We are in August 2022, and by now, students should have received their results and passing certificates so that they can apply for jobs or for Post Graduate programmes,” said the letter written by Goa Forward Students cell president Uddesh Naik Dessai.
Further, it says that for some unknown reason, Goa University has withheld the students’ results, which has caused significant stress and anxiety among the student community in the state. Because of the delay on the part of Goa University, students who wish to pursue post-graduation will stand to lose a year.
“You are probably aware that the ranking of Goa University has dropped out of the National Institutional Ranking Framework (NIRF) 2022 top 100 Universities list. Such actions will lead to a further decline in the score and most importantly, a decline in the reputation of Goa University, ” the letter reads.
Further, the Students Cell requested the registrar to release the result of final year graduation courses immediately and if also commission an inquiry into the cause of the delay in releasing the result and initiate action against those responsible for the delay.
“We have also learnt that this issue regarding delay in result was raised during the recently held academic council meeting last week. If the university fails to release the result within the next 8 days, we reserve the right to organise a peaceful protest and even approach the Honourable High Court to seek relief in the matter,” it said.