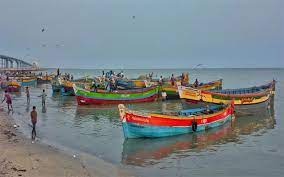 PANAJI: The Goa Fisheries department has intensified its crackdown on illegal fishing trawlers using LED lights, state Fisheries Department Minister Nilkant Halarnkar said on Wednesday.
The minister told reporters that fishing trawlers are allowed to venture into the sea only after they are certified to be free from LED lights.
The fishing season in Goa began on August 1.
Halarnkar said special passes are issued to trawlers certifying that they are not fitted with LED lights.
He said Coastal Police will inspect trawlers for compliance.
A trawler fitted with LED lights was intercepted by the Marine Police and a case was registered against the owner of the vessel, the minister said.
Fishing using LED lights has been banned in Goa.
The High Court of Bombay at Goa had directed the Directorate of Fisheries and the Goa Coastal Police to inspect trawlers at jetties to ensure that the crew does not carry generators and LED (light) fishing used for bull trawling while venturing into the sea.