Goa not yet ready for National Games: Gaude

Will meet PM and Union sports min to put forth my ideas, says Gaude 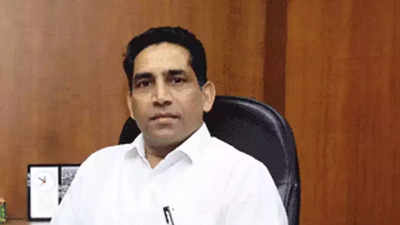 PANAJI: Sports Minister Govind Gaude today said that Goa is not ready for National Games.
“Goa is not ready for National Games; I will meet Prime Minister Narendra Modi and Central Sports Minister to discuss and put forth my ideas,” said Gaude.
He further said that he would give every possible help to promote rural sports talent in the state of Goa.
The Goa government has spent nearly Rs 450 crore on raising infrastructure for the proposed National Games. Delay in completing the requisite infrastructure in Goa has been one of the reasons behind the delay in hosting the games, the last edition of which was held in Jharkhand in 2011.
The games were originally scheduled to be held in November 2016. After repeated delays, they were later scheduled to begin in October 2021 but were postponed again due to the pandemic.

Goemkarponn desk VASCO: Goa Shipyard Limited (GSL), a MoD PSU has pitched in to help the Goa State Government in its fight against COVID – ... Read More

NEWER POSTHave given unconditional support; will be happy with any ministry: Sudin
OLDER POSTCollectorate, Mamlatdar offices to be more public friendly: Rev Min