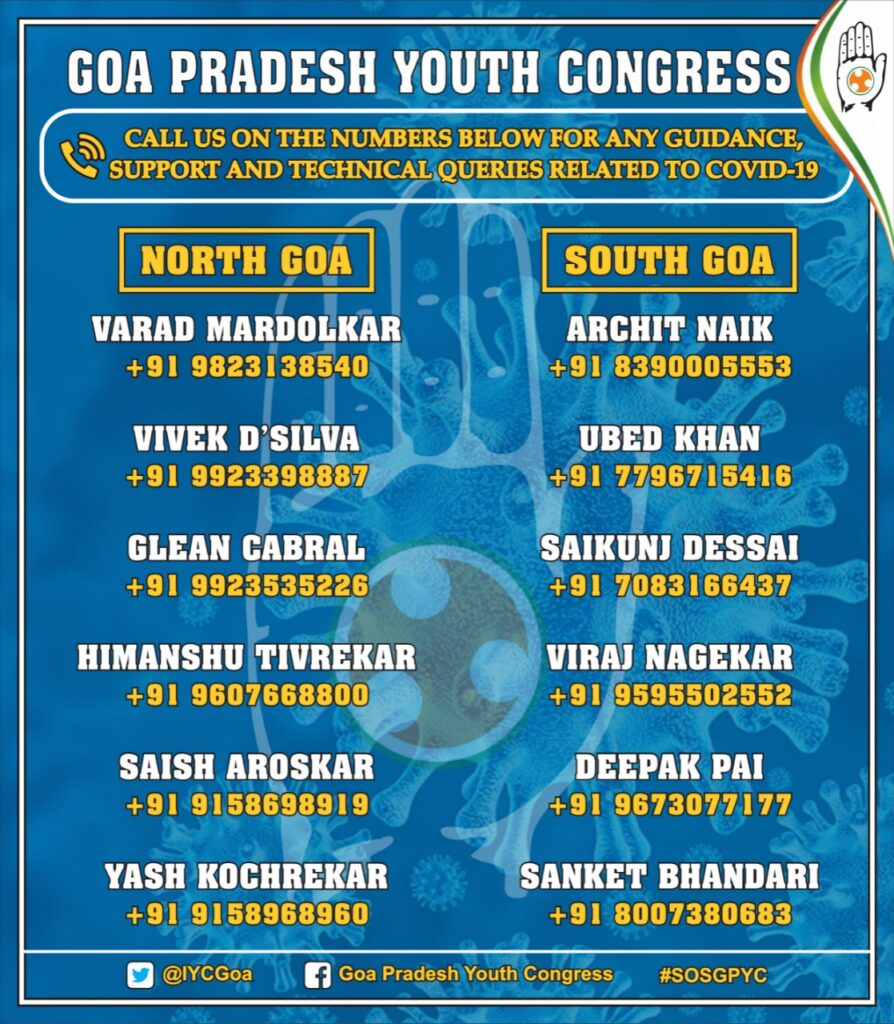 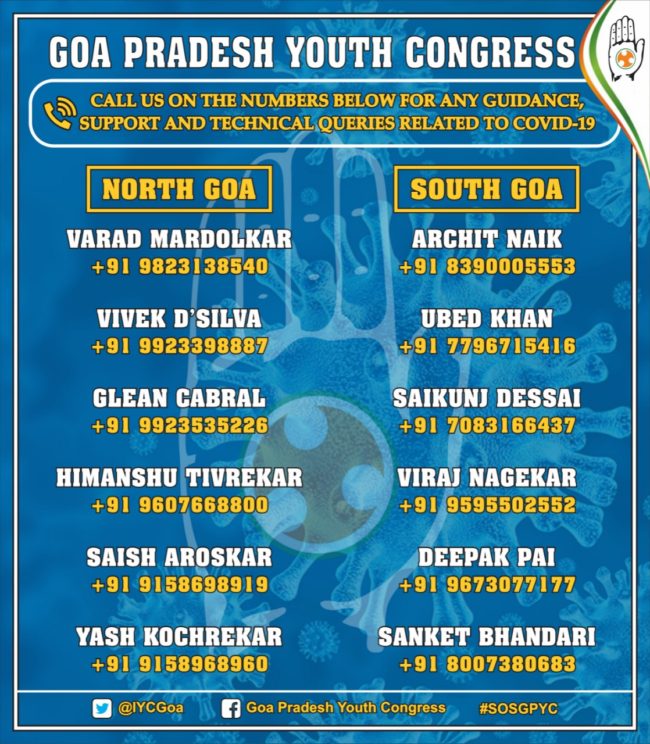 Panaji: In a serious attempt to combat the 2nd wave of Covid-19 that is currently ravaging the state, Goa Pradesh Youth Congress (GPYC) announced the launch of a list of 24×7 helpline numbers to help people in serious need. Adv. Varad Mardolkar, President of GPYC, said ‘In this difficult time, when people are dealing with the onslaught of the 2nd wave, we felt the urgent need to reach out and help those in need at this time and bridge an ever-expanding gap of communication and dissemination of information’. Mentioning the sheer number of distressed calls he and other members of GPYC have been receiving of late, Adv. Varad Mardolkar further underlined the immediate need for providing people with the necessary information and guidance about important and timely steps to be taken to deal with the pandemic. Citing the lack of response from Government helplines and communication channels from the Government of Goa, the President of the GPYC stated with grave concern, that people would not have suffered so much, had the Government of the day done its work with the seriousness it requires. .

With these grave concerns in perspective, the GPYC launched this helpline as a means of providing people with the necessary support, and as a one-stop centre for all queries related to Covid care. This helpline will also assist in providing any other support services people may require. Adv. Archit Naik, Gen. Secy. of GPYC, said ‘since the government has failed the people, Goa Pradesh Youth Congress has decided to step in and help people, especially when they are suffering from a lack of information and support from the Government’. Several members of the GPYC have come forward as volunteers to run the helpline and have received intensive training in dealing with all types of queries and the methods of assisting people through telephonic conversation. Furthermore, the GPYC launched the Social Media Toolkit, comprehensively listing numbers of essential services in the state, for widespread circulation through various platforms, along with the 24×7 helpline. Adv. Varad Mardolkar added in conclusion ‘We are standing with the people of Goa during this trying time, and urge those in need of assistance to reach out to us for any help they may need. It is nothing short of an honour to be of help to our own people’.