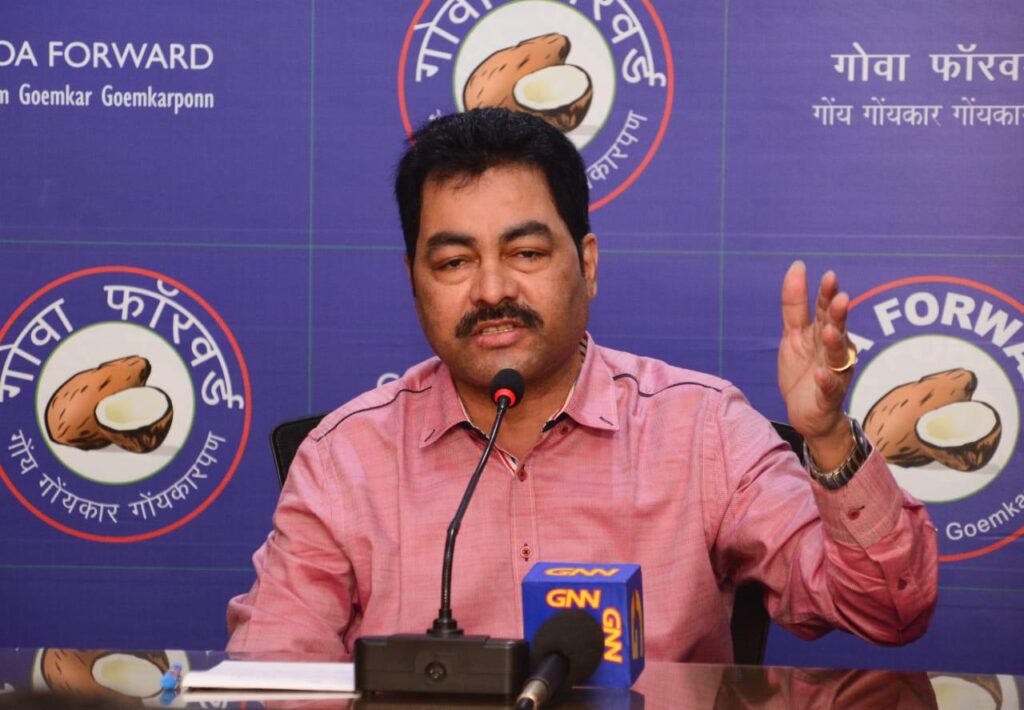 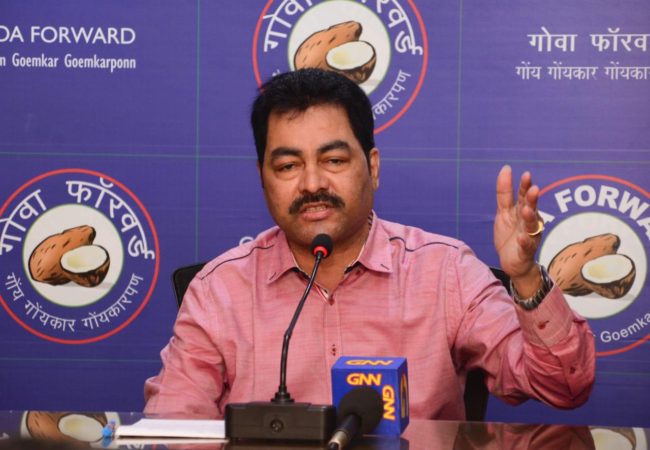 Panaji: Goa Forward Working President Kiran Kandolkar said that the GFP would strongly oppose the Goa Tamnar Power Project as it would not only destroy Mollem, but also would destroy villages of Aldona, Khorjuve, Tivim & Colvale.

Kandolkar said that “Besides Mollem, The Goa Tamnar Project will cause heavy destruction in North Goa therefore we will oppose the power lines passing through these villages. The GFP Working President said that former Chief Minister Manohar Parrikar used to always tell us in assembly that there was no shortage of power but on contrary Goa had surplus power. But Chief Minister Pramod Sawant is trying to create notion that the state will soon face acute power shortage in the future.

Kandolkar said “that people from the villages of Aldona, Khorjuve, Tivim and Colvale rely heavily on farming activities and if these lines are passed through these areas we will not only destroy the fields but also the livelihood of our Goenkar farmers.” Further Kiran highlighted “when we saw the plan, we were shocked that half of the Colvale village will be affected with the 400Kv power supply lines passing through.”

Kandolkar pointed out that both the Chief Minister Pramod Sawant and Power Minister Nilesh Cabral are fooling the people with regards to Goa Tamnar Power Project – “they are hiding are lot of details which would impact on the environment of the state.” According to Kiran the Aldona MLA Glen Ticklo and Tivim MLA Nilkant Halankar have to come clear on this project passing through these villages. He said “they have been quiet on this issue as they have become bonded labourers of the BJP which is all set to destroy the state at the cost of Goemkars.”

Our Party President Vijai Sardesai has already raised the issue of linear projects by moving a private member resolution in the recently concluded assembly session. We cannot trust this Govt, Chief Minister Pramod Sawant listens to his bosses in Delhi and helps their friends to setup projects in Goa at the cost of our environment and livelihood of our Goemkars said Kiran.

The BJP speaks a lot about doubling farmer’s income, but here we have an incompetent individual as a Chief Minister who is all set to finish the farmers said Kandolkar.