Goan restaurateur urges for a GI status for “Xacutti” 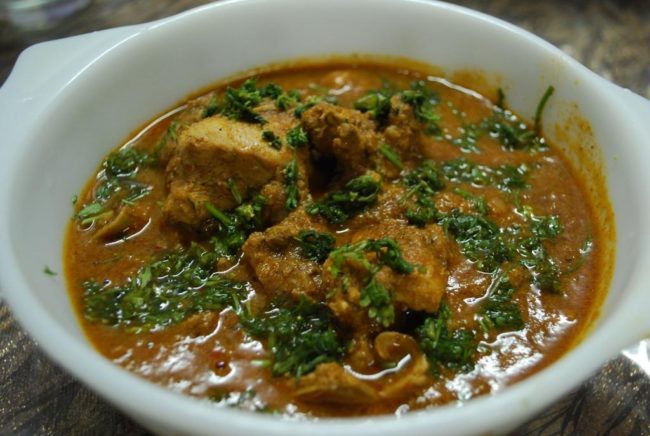 PANAJI: Goa’s alcoholic beverage Feni, the traditional sweet dish Khaje, and the spicy Harmal chilli are grown in the Pernem (North Goa) region, and the Myndoli Banana (Moira Bananas) have all obtained a Geographical Indicator or GI tag from the Geographical Indications Registry of India after Goans demanded and agitated for the same.
Now it’s the turn of the traditional Ros Omelette and the Goan xacutti, which also possibly deserve a GI for the ingredients used and the traditional Goan method of preparation.
According to Jude Lobo, owner of the iconic Souza Lobo restaurant at Calangute, both dishes – the humble Ros Omelette and the very popular Goan Xacutti deserve to be honoured and protected with a GI to preserve their originality and quality and ensure that they are not plagiarized and diluted, with sub-standard or even spurious, artificial flavouring and ingredients.
The Goan Xacutti gravy is a curry prepared in Goa with complex spicing, including white poppy seeds, sliced or grated coconut and large dried red chillies.
It is usually prepared with chicken, lamb or beef and sometimes pork. Crab xacutti and similar seafood preparations are also very popular and served at the most exclusive Goan restaurants in the coastal state.
The Souza Lobo restaurant serves a variety of xacutti dishes, including seafood and chicken. The masala and spices used, as well as the method of cooking, altogether still adheres to the century-old (or even older) original recipe, with a few minor changes depending on the diner’s preferences.
“We do the authentic, traditional xacutti gravy, but then there are customers who want it either spicier or less spicy, and we accordingly modify the gravy, but our original xacutti gravy is an age-old recipe using more than 30 different ingredients, making it exclusive to Goa,” explains Lobo.
It is also known as chacuti in Portuguese. Xacuti, or Shagoti as is commonly known in Goa, has its origin in Harmal (now Arambol) in the Pernem taluka of Goa – according to claims by the locals, but Saxtikars (residents of the Salcete taluka in South Goa) claim otherwise, laying their claim to the origin of the xacutii curry, says Jude.
In fact, if you ask any self-respecting saxtikar, he (or she) will claim that the Saxtti xacuti is different from the North Goa xacutti and so on.
Historically, local fishermen in Arambol would prepare a thick sauce or gravy containing spices such as black pepper (meerya), chilli, turmeric, onion, nutmeg, cinnamon, and cloves. Added to this would be lightly toasted coconut and white poppy seeds. This sauce would then be served with freshly caught fish or chicken and was considered ‘hot’ enough to prevent colds and the flu.
According to Lobo, as the ingredients (like the Harmal chilli) and cooking style are exclusive to Goa, the traditional xacutti dish and its method of preparation deserve a GI.
“We hope like the Goan Feni and the Harmal chillies or the Khaje, the xacutti will also be recognized with a GI,” says Lobo, who is working in that direction along with his team.