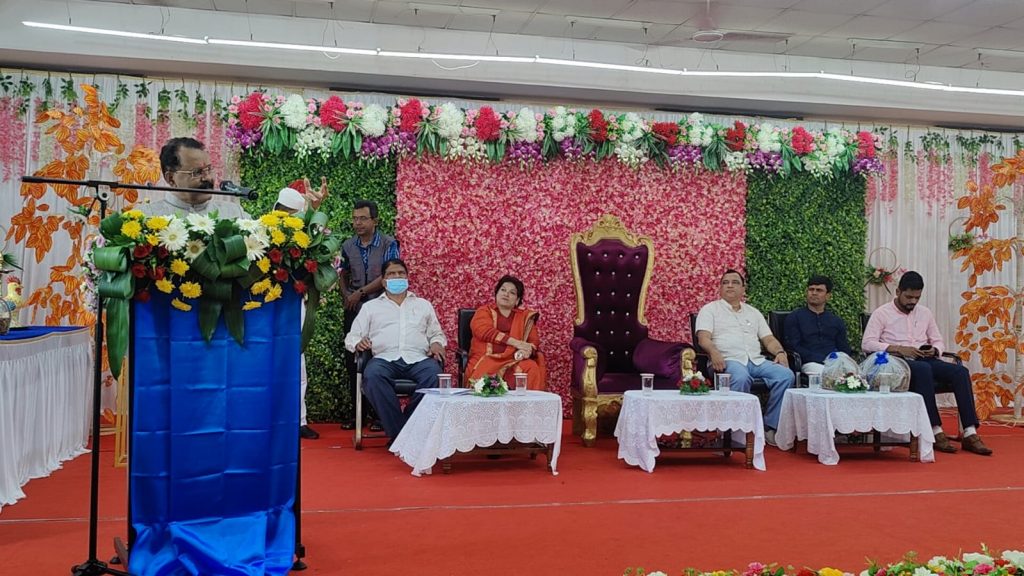 Goemkarponn desk
VASCO: Giving an example of Mauvin Godinho, Goa Governor P.S Sreedharan Pillai said that every elected leader must serve people without discrimination.
The Governor was on a day’s visit to Mormugao, wherein he addressed a large gathering in the presence of elected members of Bogmalo and Chicalim panchayat.
“Godinho is a leader of National importance because of his hard work and serving people without discrimination. Every elected representative must do service to the people irrespective of political party affiliation, caste and creed,” he said.
“This is what democracy is all about. You have to give justice to all?” he said.
Speaking further Pillai also said that Godinho worka foe people tirelessly and Raj Bhavan will always support him in his endeavour.
“We need hard-working, unbiased people, who do not differentiate amongst voters,” said Pillai.
Calling Godinho a national leader Pillai said he liked the minister as he is very active in national level too as he is not just stuck to his constituency.
“He participates in GST meetings, meetings with PM,” he said.
On his visit to Mormugao, he said it is part of his tour to all villages which was stopped for a while.
“I have now started moving across all constituencies again. I expect to complete all villages in next 6 months,” he said.
Godinho in his address praised the Governor said that the visits by Governor panchayat leaders and people to work harder.
“We must thank the Governor for showing interest in our villages. It is a big morale booster dir,” he said.
Sarpanch of Chicalim Panchayat Kamla Prasad Yadav said that the Governor’s visit has motivated everyone to work harder.