Goemkars have reached a conclusion of supporting Congress: Chodankar 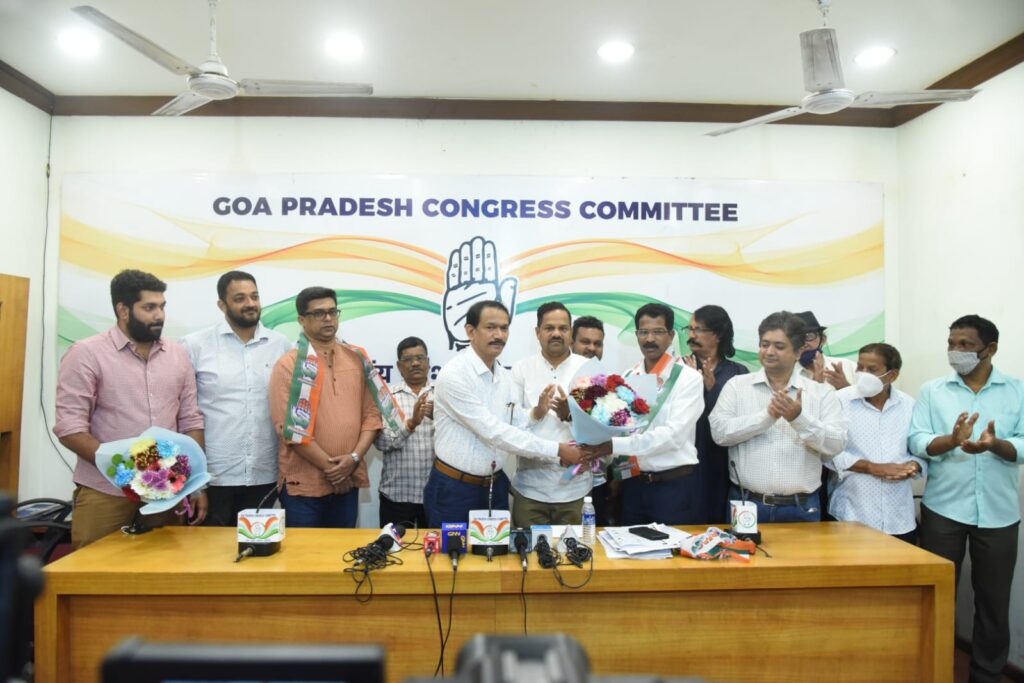 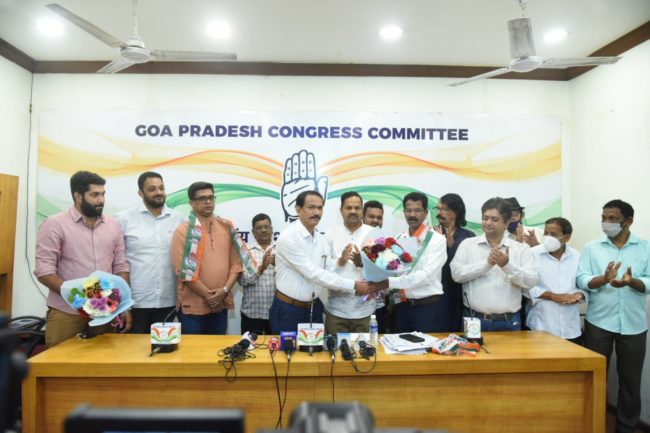 PANAJI: The President of Goa Pradesh Congress Committee, Girish Chodankar, on Wednesday stated that confusion created by BJP in collusion with AAP and TMC among voters of Goa has reached a conclusion after their agenda of ‘Vote Split’ is exposed, that Goemkars will only vote for Congress and Goa Forward alliance for stable government.
Chodankar addressed a press conference in Panaji and appealed to supporters of Congress who have joined the other political parties, who are here to divide votes, to come back. “Today, Goemkars are with us. Hence, I appeal to our former workers to support us. We have given new faces, and Congress is changing.” He said.
North Goa District President Vijay Bhike, Adv. Shrinivas Khalap, Paresh Pankar and Sanjay Barde were present on occasion.
“People of Goa have an emotional bond with the Congress Party. We have changed our structure after people suggested and have not given entries to defectors. Sometimes it is easy to win the elections, but not people’s hearts. But we have gained success in it.” Chodankar said.
“We replaced Ravi Naik with a new face as his sons had joined the BJP. Reginald Lourenco had a connection with the BJP. But we didn’t give him a ticket after he had joined TMC and wanted to come back. This is a new generation Congress. Old Congress is with BJP, AAP, and TMC, who took our leaders in their folds.” Chodankar pointed out.
He said that people are aware that the collusion of BJP, AAP and TMC is here to divide votes and hence they will vote for a stable Congress government.
“In 2017, we got 17 plus seats, and now in 2022, we will get 22 plus seats. We will get an absolute majority.” He said.
Chodankar said that BJP’s loyal cadre is angry and fed up with the functioning of their party. “Chief Minister is losing in his Sanquelim constituency. Meeting of Amit Shah in his constituency is proof of it.” He said.
Meanwhile, former General Secretary of NCP Sanjay Barde and Paresh Pankar from Mapusa have joined the Congress party. They both said that they would work to make the Congress party strong.