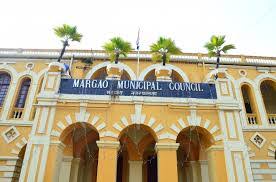 The Ordinance makes it mandatory to show of hands for electing chairperson and vice chairperson of municipalities across the state.

“”Provided further that notwithstanding anything contained in this Act or the rules made there under, the election of a Chairperson and a Vice-Chairperson shall be taken by show of hands.” states the official gazatte notification

The cabinet last week by circulation approved the Ordinance which drew wrath from the opposition who alleged that the government is subverting the democratic values.

Margao MLA Digambar Kamat yesterday had said that the Goa Municipalities Act nor the rules make any mention that election for the post of municipal chairperson should be held by secret ballot.

Sardesai said he has briefed the Governor how the proposed Ordinance has shaken up the conscience of the society right from activists to journalist to the Civil Society and present and former Councilors.

“I have informed the Governor there’s no emergency in coming out with the Ordinance and the only objective before the government to get the Ordinance was to have the election of the MMC Chairperson’s post by show of hands”, he had said.

As per the Goa Municipalities Act, the election of the Chairperson and vice chairperson of all municipal councils were to be elected by a secret ballot.

The Ordinance will be first implemented to elect chairperson of Margao Municipal Council, where ruling party faced embarrassment last month as their candidate was defeated by an independent in secret voting.

But during the election of the new Chairperson of the Margao municipal council on September 16, Kamat and the ruling BJP leaders were in a rude shock when the candidate backed by them was defeated by 15-10 votes despite enjoying a majority of 15 councillors.\

While CM is Gung-Ho on Mopa Opening, New Zuari Bridge is Up and Ready to Move People