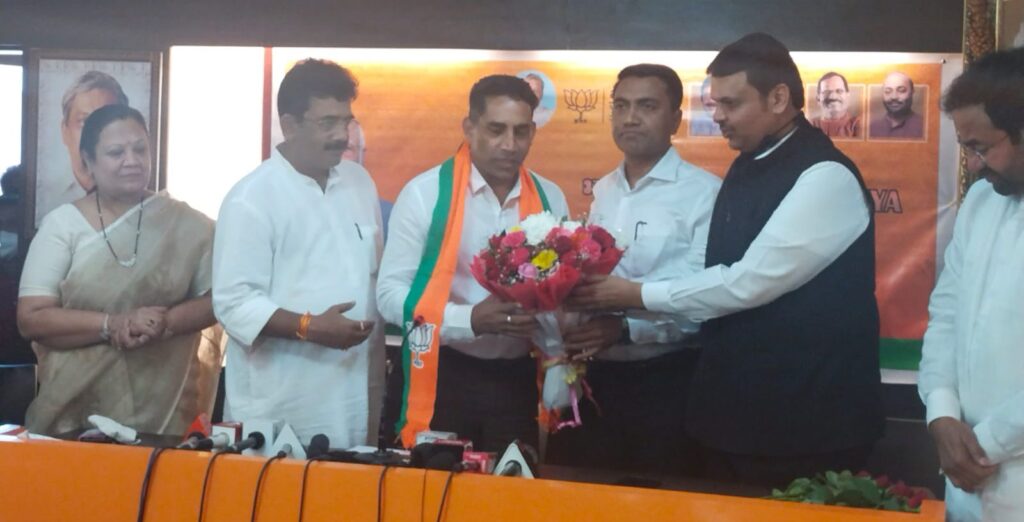 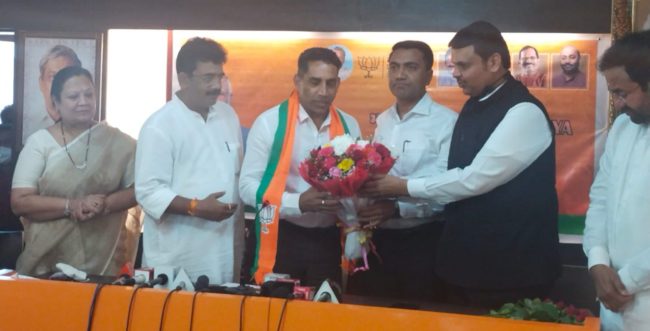 PANAJI: Hours after resigning as MLA, Govind Gaude today joined the BJP in presence of Chief Minister Pramod Sawant and BJP State President Sadanand Tanavade and Goa BJP Election In-Charge Devendra Fadnavis.
Earlier this morning had announced that he will contest the upcoming legislative assembly election on a BJP ticket.
While Gaude supported the BJP government after the 2017 assembly polls, his announcement to join the saffron party comes a day after the BJP saw its first minister exit the party on Monday.
“I have decided to contest the upcoming election on a BJP ticket. I have done this to honour the wishes of my supporters. I have resigned today as minister and MLA and then entered the BJP,” Gaude said soon after joining the party.
He further said that he had talks with his supporters and workers for the past one week and that they had told him that they will support his decision and urged him to join the BJP.
“I felt that contesting on an independent ticket restricts me to my constituency alone. Since I am a man who has risen through agitations I believe this is a step in the right direction,” he added.
“Apart from Priol, I also want to start working for other constituency and that’s why I am joined BJP,” he added.
Gaude said he would stress on a three-point-programme including development of his constituency, employment for his constituents and empowerment of women.
BJP party workers from Priol have strongly opposed the entry of Gaude into the party. BJP Priol Mandal has demanded a ticket
In the 2017 Assembly elections, BJP had supported Gaude to defeat MGP.
The coastal state will go to the polls in a single phase on February 14. The counting of votes and the results will be announced on March 10. The state now has a BJP government. Significantly, this time the ruling Trinamool Congress (TMC) in West Bengal and the ruling Aam Aadmi Party (AAP) in Delhi have also decided to contest elections here.