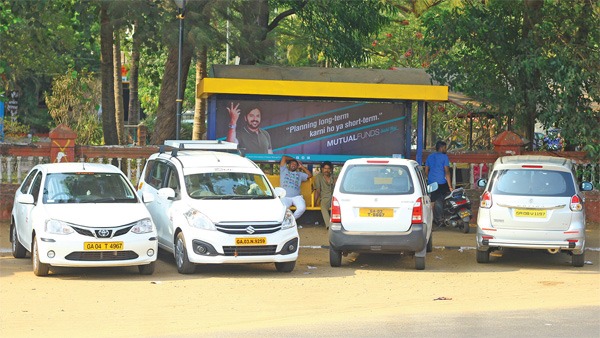 Goemkarponn desk
PANAJI: Chief Minister Pramod Sawant said his government was firm on introducing app-based cab services in Goa.
“I want to give you an assurance that in a few days, app-based taxis will be available,” said Sawant speaking to media on the sidelines of a program.
He further informed that the taxi issue would be resolved in a few days, and we will get an app-based taxi in Goa.
Private taxi operators have been opposing app-based cab services, claiming it will destabilise their business.
Legislators in Goa have been fiercely discussing whether the state should have mobile application-based taxi services in view of the taxi unions’ stiff opposition to two such big operators, Ola and Uber.
Local taxi drivers claim commuters will have to pay more if app-based taxis are introduced as their basic fare is higher.
On the contrary, the government thinks local taxi operators are fetching a bad name for the state by arbitrarily charging commuters. The government had introduced its own app-based taxi aggregator, ‘Goa Miles’, in 2018, prompting strong protests from local operators. There were also several complaints pertaining to ‘Goa Miles’ apparently refusing to ply passengers and cancelling trips at the last moment.