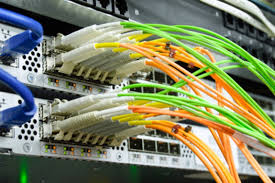 PANAJI: IT Minister Rohan Khaunte said that the Government is in process of laying the fresh OFC network under GBBN 2.0 that shall also include fiber to home.

“The Government is in process of laying the fresh OFC network under GBBN 2.0 that shall also include fiber to home. The department has appointed a consultant M/s KPMG to prepare EOI document, RFP document and bid management,” said Khaunte

He further said that the GBBN project expired on 31st July 2019 and currently the project is in extended phase and that the Government intends to come up with a revenue model.

He said that the Government of Goa (GoG) has received the fund under scheme for Special Assistance to States for Capital Investment for 2022-23 towards capital projects from GOI under which the department is in process of taking a project to lay the Optical Fibre Cable (OFC) network which shall cover each and every villages including reaching fibre to home.

“The Goa Broadband Network (GBBN) project was implemented on Build Own Operate (BOO) Model through M/s United Telecomm Ltd (UTL) with the financial outgo or Rs.218.03 Crores over a period of 10 years which was paid based on the service level agreement on quarterly basis and No central funding has been received for the GBBN project,” he added