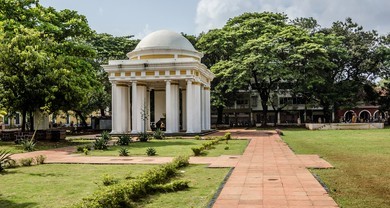 PORVORIM: As many as eight higher secondary schools and 71 high schools will be renamed after the martyrs of Goa’s freedom struggle.
The Directorate of Education has initiated the process in this regard. PTA’s School Management Committees have been asked to take a resolution to rename the schools after martyrs.
The department has also asked some schools to identify the martyrs from their locality, village, or taluka and suggest names of freedom fighters that could be given to their academic institution.
The resolution and documentary evidence must be submitted to the department by November 21.
Director of Education Shailesh Zingade has issued Memorandum in this regard.
Chief Minister announced naming all the government schools after martyrs and freedom fighters of Goa’s freedom struggle.
The government intends to rename the schools by December 19, when the State will celebrate its 61st liberation.
The State government had recently honoured 70 freedom fighters who were martyred while liberating Goa.