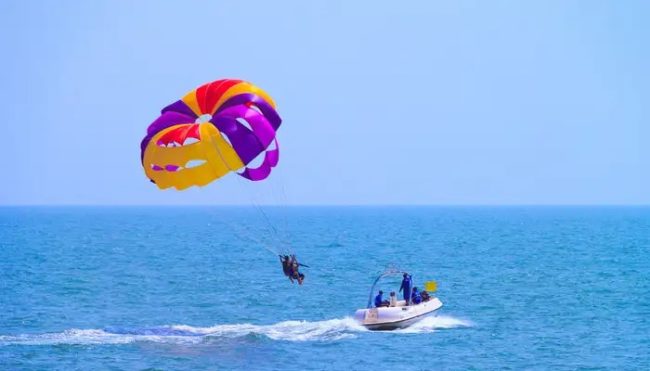 PANAJI: Tourism Minister Rohan Khaunte today said that the State government will act against illegal activities on beaches.
Tourism Minister Rohan Khaunte had a meeting with DGP and Tourism officials to start the mission “Safe & Clean beaches” and ensure the slogan “Atithi Devo Bhava” becomes a reality.
“There are many illegal activities on Goa’s beaches, and the state government will act against illegal activities on beaches. Such illegal things are sending a bad message to tourists,” said Khaunte.
He further said that his department wants to start a mission called Safe & Clean beaches” and to ensure the slogan of “Atithi Devo Bhava” becomes a reality.
“We need the help of Goa Police to tackle such illegal activities; all the stakeholders should work together,” he added.
Khaunte said that he wants to create a good impression to the tourists of good and clean beaches. He also said that his department has started getting certain reforms related to safety and other aspects.
“Unwanted imposing of fines and harassment of tourists by being stopped on highways and other roads should be reviewed. Also, there should be surveillance on the beaches via CCTV for the security of tourists,” Khaunte added.
Khaunte also promised that action would begin on illegal activities on the coastal belt, and the tourism department would be technology-driven.

MARGAO: With a surge in COVID-19 cases at Margao, Health Minister Vishwajit Rane has stated that operations at Hospicio Hospital will be shifted to New ... Read More