Govt working to give 8 MLD drinking water to each person in Goa in next 2 yrs: Shirodkar 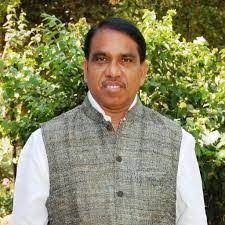 Goemkarponn desk
PANAJI: WRD Minister Subhash Shirodkar said that the state government has decided to increase drinking water to 400 MLD water in the next two years.
“Government provides around 880 MLD water for drinking, but now we have decided to increase it to 400 MLD water in the next two years so each person from Goa can get 8 MLD water daily,” said Shirodkar.
He further said that the young generation needs to adopt agriculture as a profession instead of waiting for Government jobs. Shirodkar also stressed and appealed to the people to take the benefit of irrigation and take up agriculture on a large scale to be prosperous.
He said the WRD Department will build bandharas and wells for farmers in a bid to bring new land under cultivation.
Expressing satisfaction that the Adarsh Krishi Kharedi Saunstha has completed 30 years of its glorious journey, he said the organisation has been very significant in promoting agricultural activities and thereby boosting the rural economy.
“I appeal to the Swayampurna Mitras to encourage at least 10 farmers at the village level and 200 farmers in every assembly constituency to practice agriculture,” he added.
He also assured that the water resources department will ensure adequate water supply for agriculture in the state from the available water resources.
The Minister further claimed that the Manohar International Airport at Mopa will increase the export of agricultural products and boost farming activities in the state.
He particularly assured that water will be provided from the available sources for agriculture in the Pernem taluka.