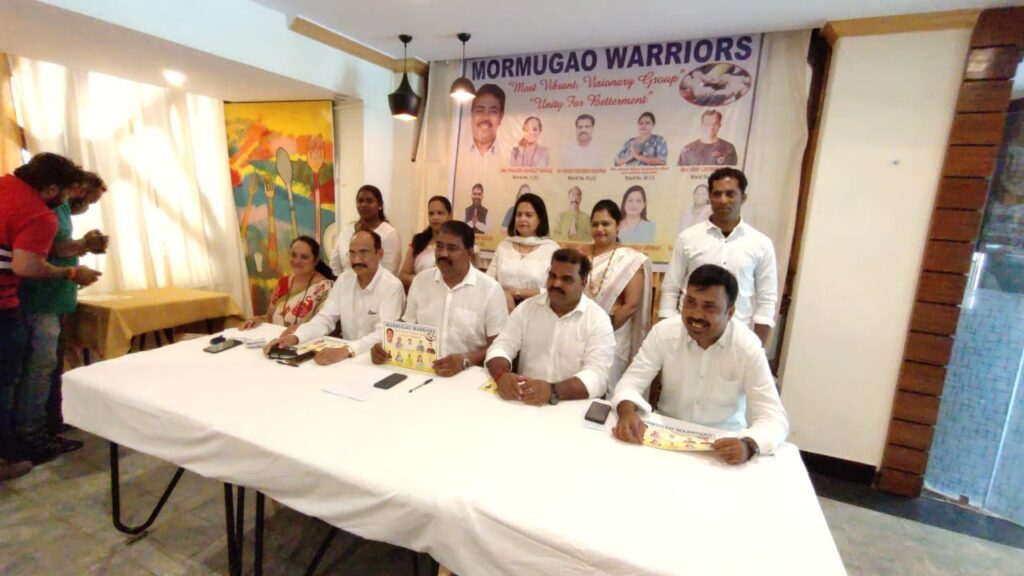 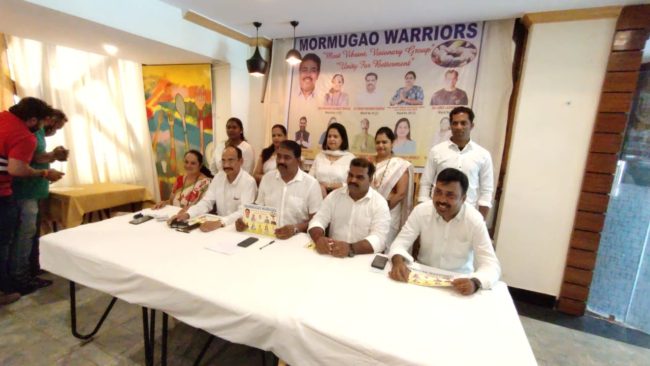 GPCC Vice President Sankalp Amonkar on Sunday declared his panel of candidates from ward no 1 to 9 in Mormugao constituency under the banner of Mormugao warriors .

” The local MLA and Urban Development minister Milind Naik had not kept a single reservation for women and I want to tell him that he has no moral right to field women candidates after the reservation changed after Supreme Court orders. The women are very upset and they will teach him a lesson and while our candidates should have won unopposed and while 33 percent women reservations is three seats, we have gone to 60 percent and ensured 5 women candidates in our banner Mormugao Warriors . We are sure that all our panel of candidates will emerge victorious by the people who know what we have done for the Justice to women. We have three former Chairperson in the panel.”said Amonkar

” The BJP Legislators are not united and there was fear in the party which forced the BJP State President to bring all the BJP Legislators together and announce 25 candidates backed by the party. Our panel is not a congress panel but under a banner where like minded people have come together. Even for the BJP fundation day, the BJP Karyakartas went to all the houses and forcibly installed flags and I have complained that while the code of conduct is in force, the flags have been installed and not yet removed and I appeal the flying squad to remove the flags from the houses of the people. Urban development minister Milind Naik is frustrated and while he is luring people for government jobs, some people who is supporting the opposition is being transferred and is completely misusing the power . Naik and his supporters are threatening people who don’t appear to support him but silent voters will get our panel elected with good margin ” said Amonkar

Former MMC Chairperson Nitin Chopdekar said that the banner had intellectual people and assured that if the panel was elected, the first thing that would be taken up was regularisation of houses.

” If Milind Naik can acquire additional land and regularise his house, then other houses in Sada can also be regularised and people must question Milind Naik why their houses cannot be regularused like how he regularised his house. Regularisation of houses will be our first resolution that will be taken up whether we are in ruling or opposition. We will also take up othe r aspects like MMC worlers salaries, reassessment of houses etc ” said Chopdekar

” We have got our team in the open and many of our friends have sacrificed their wishes to support this banner and the panel had been selected after seeing the good qualities of the candidates . I request the people to see the qualities before casting their votes during the upcoming civic polls so that the people can benefit if the person was elected. People should not fall to candidates who claim that they have been fielded by a minister and I want to clarify that civic works are different from other works and no minister will come to clean gutters . People must make the most of the Golden chance where people and their votes can decide the next candidate to represent them.” Said Navelkar

” We have declared all our candidates and I want to say that Milind Naik is the urban destruction minster and has failed in all aspects . The BJP backed panel candidates are also going to houses and only saying that you get us elected and rest all the minster will do . While mMC funds are transferred to GSUDA, MMC Workers are struggling for salaries. Milind Naik has only stopped activities and now the time is come, when people should get out of the fear and come out to vote for the right candidate. Naik is also attempting to poach our candidate and is not working for canvassing for his candidates but working for his own future ” said Khadapkar