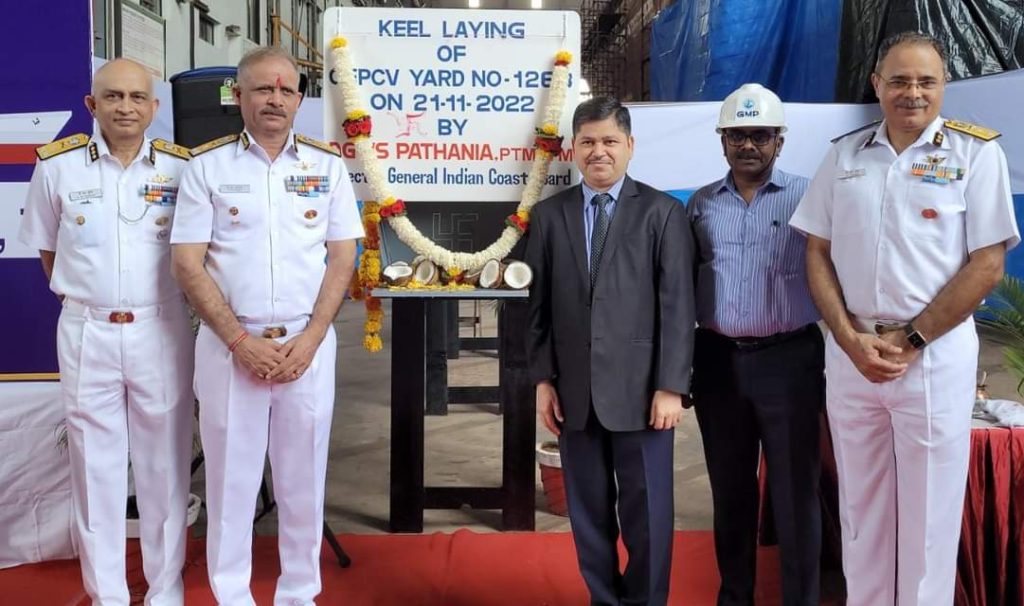 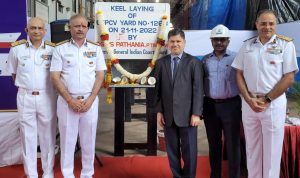 Goemkarponn desk
PANAJI: Goa Shipyard Limited (GSL) on Monday commenced the physical construction of eight Fast Patrol Vessel Projects for the Indian Coast Guard with Plate Cutting, the ceremony of which was held at the hands of the Chief Guest IG Dr Sharma PTM, TM DDG (M and M), Indian Coast Guard at GSL, Vasco.
The landmark event witnessed the keel laying ceremony of two Pollution Control Vessels (PCV) being constructed by GSL for the Indian Coast Guard. Director General VS Pathania, PTM, TM Director General Indian Coast Guard at the GSL, Vasco, presided over the event and laid the keels for the two PCV projects.
GSL Chairman and Managing Director B K Upadhyay, Capt Jagmohan, Director (CPP and BD), Sunil Bagi, Director (Finance) and other officials were present at the ceremony.
The key role of the PCV is to carry out oil spill response operations in the country as well as in and around the various neighbouring islands. The GSL has recently signed a contract with the Ministry of Defence.